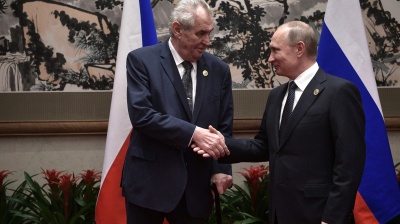 Czech President Milos Zeman was hospitalized in intensive care on October 10, plunging the creation of a new government into uncertainty after parliamentary elections held over the weekend resulted in a victory for opposition parties. In the post-election period, the Czech president has a key constitutional role in naming the new prime minister who is to form a new government.

According to the current PM Andrej Babis, initially the post-election negotiations between the parties that were elected to the Chamber of Deputies and the president were planned to be held on Wednesday, October 13. This might need to be postponed now. The hospital confirmed that the president is stabilised; however, it might take three weeks for him to get back to office.

Zeman´s health has become one of the main media topics in recent weeks. In September, Zeman spent a few nights in the hospital, which, according to Prague Castle, was a convalescent stay during which the president underwent several examinations and received infusions. Since then, Zeman had been staying in the president's residence outside Prague,  Lany Castle.

Prague Castle repeatedly denied that the president has serious health problems. However, according to sources familiar with his health condition, Zeman suffers from liver problems because of a lifetime of heavy drinking, as well as diabetes.

Zeman was unable to go and vote in public, thus he handed in a vote at Lany, in private, without the presence of the public, or cameras, despite  Prague Castle Chancellor Vratislav Mynar stating earlier that the president was fully capable of voting publicly. Also on Saturday, October 9, his spokesperson Jiri Ovcacek claimed to Radio Z that Zeman´s current condition does not restrict him from performing his constitutional duties.

According to the Czech constitution, following the elections the president leads talks with the party leaders and appoints the leader of the strongest party or the entity with a majority in the chamber to try to form the cabinet. The president has two constitutional attempts to name the PM: the second one after the new government does not receive a vote of confidence; the third attempt would be in the hands of the new speaker, who has yet to be elected.

Zeman had said prior to the election that he would appoint the leader of the strongest winning party, not a coalition, meaning he would choose Babis´ ANO with 27.1% of the votes and 72 seats in the lower house.

However, ANO lost to the SPOLU coalition (Civic Democrats, Christian Democrats, TOP09) which gained 27.8% of the vote and 71 seats in the 200-member parliament. The liberal Pirate-STAN coalition (Pirate party and Mayors and Independents) received 15.6% (and 37 seats in the Chamber of Deputies) and the far-right SPD 9.6% of votes and 20 seats.

In his speech after the election, the PM said that if he is named to form the government by the president, first he will approach the SPOLU coalition for negotiations. However, both SPOLU and Pirate-STAN on Saturday, October 9, concluded a memorandum on joint government. Together the two coalitions have 108 seats, a 16-seat majority over ANO and SPD.

The results of SPOLU and Pirates-STAN, and ANO and SPD, would make it more difficult and take longer to form a government, “which Czechia cannot afford right now – given the need to approve the budget, tame inflation, bring the economy out of the post-covid crisis and so on," said Petr Sabata, a commentator and editor-in-chief of Czech Radio Plus.

Czech media agree that the formation and functioning of a new government of SPOLU and Pirate-STAN will not be easy. "We have already seen a coalition government with a more significant parliamentary majority and fewer parties that nevertheless failed to function because of internal tensions and programmatic contradictions," said Martin Caban, a commentator for SeznamZpravy.

"Although the election results themselves speak clearly enough, everyone remembers Milos Zeman's promise that he would name the leader of the party that gained the most votes to form the government ... This is, despite the unexpected loss to the SPOLU coalition, still ANO," Caban added.

"It is possible that the solid Babis-Zeman tandem will survive these elections, but if the five-party bloc remains united and resists Babis´ offers to join the government, it will be impossible to ignore their majority of 108 votes in the long term," said the commentator of iDnes.cz Miroslav Korecky.

Appointing Babis to create a government would only create "malicious delays in order to provoke a constitutional crisis", wrote Alexandr Mitrofanov, a commentator for the news server Novinky.cz. "The president of a democratic state is concerned with the welfare of his state, not with its disintegration. Zeman has one last chance in life to behave like a statesman, not someone's helpless puppet," he added.

"The president should proceed in accordance with the spirit of the constitution to form a government that has a chance of receiving the confidence of the house, because the house is a key player in our constitutional system," Benjamin Roll, leader of the Million Moments pro-democracy protest movement, said, stressing that the public should be informed of the resident's health and whether he is fit to perform his duties.

Both Petr Gazdik (STAN) and Marian Jurecka (chair of the Christian Democrats) said they believe that Zeman will want to show power, instead of showing that “we are a parliamentary democracy”. At the same time, Jurecka believes in an agreement with the president, while stressing that "it is possible to use force" if needed.

According to the current chamber speaker Radek Vondracek (ANO), Babis said that ANO would make one clear offer and if this did not find agreement, ANO would not prolong the negotiations.

If the Czech president were to resign his office or if he died, the president's power would go to the hands of the PM, chair of the Chamber of Deputies (Radek Vondracek, ANO) and the chair of the Senate (Milos Vystrcil, Civic Democrats).

If Zeman were not able to act in his position anymore, Vystrcil would then immediately announce new presidential elections – within 10 days of his resignation or death – which would take place within another 80 days at the latest.