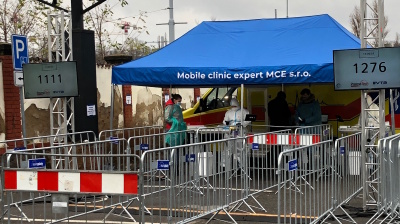 The move would mean that the Visegrad Group of states would once again break ranks with the rest of the EU, amid widespread criticism of the EU Commission's vaccine procurement programme. Poland is also mulling an offer from China of its Sinopharm vaccine.

However, former Polish premier Donald Tusk warned European states on March 1 about blindly agreeing to take vaccines from Moscow and Beijing.  “I warn against such a naive approach to these very cynical players. I am talking about the Chinese and Russian authorities. And above all, I would warn the Polish authorities, and also other European countries, against buying and trying to vaccinate their citizens with a vaccine that has not been tested,” Tusk said.

The Visegrad countries are among the most affected by the latest wave of the coronavirus and their populist leaders need to recover support by blaming the EU for their own failures in handling the crisis and by appearing to act decisively to obtain vaccines – even if it means getting them from Russia.

Czech President Milos Zeman, a close ally of Babis, confirmed to CNN Prima News that the country could receive Russian vaccine “as soon as possible”, as, after an agreement with Babis, he asked Russian President Vladimir Putin for Sputnik V vaccines to be delivered.

“If I am correctly informed, this request will be met, but of course, we will need certification,” said Zeman, quoted by Prague Morning. Zeman has cultivated close links with the Kremlin and is a prominent opponent of sanctions on Russia.

Both the PM and the president believe that certification given by the Czech State Institute for Drug Control could suffice. “SUKL must examine the documentation and if they approve it, the health ministry has to issue an exemption... and then, whoever is interested, can get inoculated,” said Babis, according to Reuters.

“We cannot wait for the EMA because Russia did not apply [for approval],” the billionaire populist told CNN Prima News on Sunday.

However, Health Minister Jan Blatny, nominated by Babis' ANO party, is still insisting that the ministry will not authorize the Sputnik V vaccine without EMA approval.

Babis has suggested that the country could also consider using China´s Sinopharm. “A vaccine from Russia or China, that’s not the Dukovany nuclear power plant,” Babis said, referring to security concerns over acceptance of bidders from Russia and China regarding Czechia´s largest industrial energy project.

So far, Czechia has been using the vaccines from Pfizer/BioNTech, Moderna and AstraZeneca.

As of March 1, the country recorded 12,150 new positive cases and a total of 20,701 deaths, the health ministry´s data shows. According to recent figures provided by Our World in Data, the country currently ranks as the world’s worst-hit by the coronavirus pandemic in terms of infections, with a record 1,105 cases per million people right now.

As for the numbers on daily new confirmed COVID-19 deaths, Czechia posted 15.19 people per million citizens, behind only Slovakia with 18.13 persons.

Slovak health minister Marek Krajci, from Matovic's OLaNO party, has already approved the use of Sputnik V on a voluntary basis and granted it an exemption status as an unregistered medication with its therapeutic use being permitted until the end of August.

"An attending physician takes over full responsibility for the therapy with an unregistered medicine," reads the vaccine-related permit signed by Krajci.

The decision is likely to further destabilise the rocky Slovak four-party coalition. The junior coalition partner, the centre-right For the People party, has been already speaking about a real risk of a split, due to the failures in managing the pandemic and in vaccination strategy.

"No only I, but several members of our party are disgusted and disappointed. On one hand we see huge failures in managing the pandemic and in a vaccination strategy with delays for the elderly and ill, but on the other there's a real risk of a split in the governing coalition and the return of [Smer-SD leader Robert] Fico with [Voice-SD leader Peter] Pellegrini. This is what we're discussing within the party, and we must make a key decision," stated Remisova, as quoted by the Slovak News Agency.

Remisova stressed that her party has no problem with using the Russian jab under the same conditions as are applied for other vaccines that have undergone registration and have approval.

Matovic responded that although For the People party rejected approving a purchase of the Russian vaccine at the government session, the party's stance was that "if [health] minister [Marek] Krajci wishes, he can freely procure the vaccine, as he has the power to do so,” he said, calling on his coalition partners to set politics aside.

As a response to the statement of Foreign Minister Ivan Korcok (a nominee of the free market SaS party) that the vaccine is being used as a tool for hybrid war, Matovic stated that this a "completely needless politicisation of the issue”.

"Sputnik V is a cure, it's a vaccine like any other," he said, explaining that the talks with Russia were kept under wraps, because the PM was afraid of "eliciting mass rancour against the vaccine", which might have discouraged Russians from signing the deal.

According to Slovak President Zuzana Caputova, the use of Russian vaccine in the country isn't an expression of courage or proof of a diplomatic success. It is in fact a resignation in terms of the rules that Slovakia has been observing on issues concerning medicine and which guarantee the highest-quality safety standards for the public, she said.

"We’ve been listening for weeks that we shouldn’t engage in geopolitical games when it comes to vaccines and then, when the Sputnik V vaccine came to Slovakia, it was given a lavish welcome," she noted, stressing that the solution would be EMA´s registration of the vaccine.

"Saving lives is naturally more important than any geopolitical games. But even if the extraordinary situation calls for such moves, they can be carried out in a manner that doesn’t drive a wedge between the governing coalition, doesn’t question people’s trust in vaccination and doesn’t bring another conflict into society," she added.

Attack on Czech arms cache in 2014 killed two and led to the evacuation of a wide area.

Podgorica asked the EU to help it repay a loan to China’s Exim Bank taken out to pay for the construction of the first priority stretch of the Bar-Boljare motorway.

Romania’s new government rolled back a costly 40% pensions hike that would have prompted rating agencies to downgrade the country to junk.

Ukrainian President Volodymyr Zelenskiy called for a summit with Russian President Vladimir Putin and for the restart of the four-way talks under the Normandy Format during a trip to Paris.