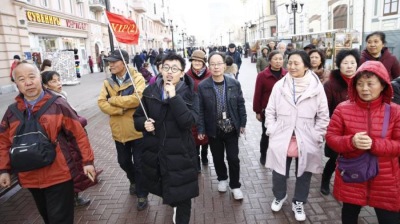 As there is still large uncertainty on the duration and extent of the coronavirus epidemic, the potential impact on the Russian economy is difficult to evaluate, said Bank of Finland Institute for Economies in Transition (BOFIT) in its weekly report.

Russia has experienced two confirmed coronavirus cases. Both are Chinese nationals. Both made full recoveries and have been released from hospital. Measures to prevent the spread of the coronavirus in Russia include restricting passenger traffic at China-Russia border crossings, limiting flights between Russia and China, and suspending visa-free travel for Chinese tourist groups.

“Commodity markets, however, have seen the price of Ural-grade crude plummet by 20% since the start of the year,” BOFIT reported.

Prices of many metals have also fallen as well. The value of Russian exports of oil, natural gas and metals accounted for approximately 17% of GDP last year. On the basis of the latest oil futures, the average price of oil should reach about $55 a barrel this year, according to BOFIT. Russia’s 2020 budget is set to show a slight surplus with Urals oil price of $42 a barrel in accordance with the government’s fiscal rule.

Russia’s tourism sector is already feeling the effects of the virus with a drop in Chinese tourists. The volumes of Chinese tourists arriving in Russia has swelled in recent years and they are among the top tourist groups in Russia. The association of Russia’s tourism industry says the industry could lose $40mn-50mn a month if Chinese group tours scheduled for February and March continue to cancel. Russia's total tourism earnings amounted to $11bn last year (0.6% of GDP), as it has emerged as a major hard currency earner for the country. The Kremlin has been working to boost tourism further and is in the process of easing the visa regime and introducing short-term tourist visas that can be applied for online.

In addition to the tourism industry, the epidemic has complicated component deliveries to Russian car factories, as well as disrupted retail chain supplies of fruits and vegetables imported from China.

ING: COVID-19 could leave a legacy of EM debt distress

COMMENT: ‘Stage 2’ of Russian business response to coronavirus: a view from the trenches

Digital lockdown
ING: COVID-19 could leave a legacy of EM debt distress
COMMENT: ‘Stage 2’ of Russian business response to coronavirus: a view from the trenches