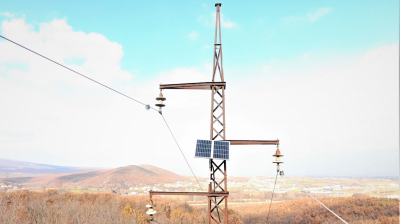 The electricity supply crisis in Kosovo worsened after the A3 unit at the thermal power plant in Obiliq failed on August 28, Kosovo's power distribution company KEDS announced.

Kosovo is facing a crisis in the electricity sector as a reflection of the global energy crisis. The small Balkan country relies mostly on coal-fired power plant production, due to its huge lignite reserves. It is estimated that Kosovo has the world's fifth largest lignite reserves of up to 14bn tonnes, but its thermal power plants are outdated and constantly need repairing.

According to economists, the lack of electricity continues to hurt businesses in the country.

“Transmission operator KOSTT asked KEDS to make emergency electricity restrictions as a result of the failure of the A3 unit from the system,” KEDS said in a Facebook post.

This means that less than 400 MW are currently produced in Kosovo.

KEDS noted that in the face of emergency restrictions, it will be very difficult to notify all consumers in time.

“Currently, the restrictions are two hours, but in order not to worsen the situation further, we ask all consumers to save maximum electricity. Using it efficiently means that we all have more electricity,” KEDS informed its consumers.

Meanwhile, broadcaster RTK cited the president of the Businesses Alliance of Kosovo, Agim Shahini, as saying that the alliance has proposed some measures to the government to overcome the energy crisis in the country. Shahini said that Kosovo can sell coal to Serbia and North Macedonia.

"We have proposed some measures to the government to overcome the energy crisis, taking seriously the offer by North Macedonia and Serbia, to sell coal in exchange for electricity. This is a short-term strategy and a good opportunity to get out of the crisis," said Shahini.

Earlier this month, media reported that North Macedonia’s state-run power producer ESM is interested in participating in a tender for the procurement of coal from Kosovo. North Macedonia needs coal from neighbouring Kosovo for its thermal power plants in response to electricity shortages.

North Macedonia is dependent on energy imports, and produces only electricity. It has no gas or oil, and has limited quantities of coal.