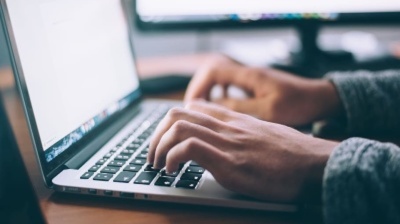 The Bulgarian department of Telus International, which is in charge of moderating posts on Meta’s social networks including Facebook, is controlled by Russians, according to research by the investigative news outlet Bird.bg.

Russia is suspected of using multiple tools for hybrid attacks on democracy in Bulgaria, including spreading disinformation and financing political parties.

Telus International Bulgaria, which is part of the global outsourcing company Telus International, has now been accused of blocking anti-Russian public figures for 30 days and letting pro-Russian posts through on social networking site Facebook.

According to Bird.bg, Telus is working on a project called Dolphin to moderate posts on Facebook. The divisions in Bulgaria and several other countries are controlled by the Russian division, it claims.

Telus International Bulgaria has repeatedly denied the accusations of working in favour of Russia.

However, employees of the company told Bird.bg that of the dozen judges that have the ultimate say in which posts are allowed through, three have Russian ties.

Allegedly, one of them studied in Russia, one of the parents of the second one is Russian, while the third was sent on holiday to Russia every month.

The investigative news outlet quotes information from an employee of Telus in Bulgaria who said that employees must review between 800 and 900 posts reported for blocked content within one working day. They have just 40 seconds to rule on whether the content meets Meta’s community standards.

Bird.bg claims that the local rules of Telus in Bulgaria respect the reports of thousands of pro-Russian trolls that block anti-Russian content.

The troll profiles ‘like’ news about destroyed civil infrastructure in Ukraine and ‘dislike’ posts claiming that Russia is a terrorist state.

Bird.bg says that, after mass reports by trolls working for Russia, Meta’s algorithm automatically blocks a post. A ticket is then created that is sent to a second software, which rules on whether to continue blocking the post based on partial data and without detailed analysis. Posts are being blocked based on moderators' rulings on similar posts in the last few days.

Bird.bg also claims there is a third algorithm for blocking posts of certain public figures.

If there is an appeal about a blocked post, the case goes to a moderator who has to review it.

“The reported content goes to a judge at Telus. This judge is usually a young person who knows English and other languages. He has a four-and-half-week training to acquire the knowledge of what is acceptable and what is not, according to the community standards of Facebook. The judge must have an excellent memory as he cannot take notes. He has the 'bible' of the standards, which is over 1,000 pages long, but having 40 second on average to process a post, he has no time to search in it,” Bird.bg writes.

EWDN: A year in review – How Ukrainian tech resisted the war in 2022
7 days ago
Pictures of Serbian President Vucic isolated at Davos go viral on social media
10 days ago
Russia to slash AI development support
11 days ago
Romania’s Digitail raises €11mn to scale up software for vet clinics
17 days ago
Bulgaria raids offices of crypto lender Nexo
17 days ago