Erdogan locks Sweden out of Nato after Qur’an burning 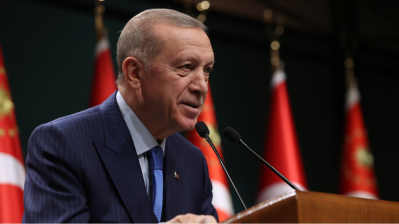 Sweden can no longer hope to obtain Turkey's support for its Nato membership bid following the weekend protest near the Turkish embassy in Stockholm that included the burning of a copy of the Qur’an, Turkish President Recep Tayyip Erdogan said on January 23.

"Those who allow such blasphemy in front of our embassy can no longer expect our support for their Nato membership," Erdogan declared in a speech after a cabinet meeting.

Analysts digesting the Turkish strongman’s latest remarks on the matter will bear in mind that Erdogan faces May 14 national elections. Ahead of the polls, there can be little expectation of a softening in most areas of Erdogan’s foreign policy as he seeks to consolidate his core vote. Whether there might be leeway for the Turkish leader to relent and agree to Turkey ratifying the Nato bid of Sweden—a bid that cannot progress if even a sole member of Nato objects to the proposed accession—either before or after the elections is now the question. Finland is also caught up in the difficulties. It too needs Turkish assent to its Nato bid, although Erdogan has not been so critical of Finland lately compared to his harsh words on Sweden.

Erdogan’s stubborn refusal to budge on the Nordic countries’ Nato applications is, meanwhile, causing commentators to question whether some members of the military bloc might eventually end up in favour of kicking Turkey out of Nato to clear the way for Sweden and Finland to join.

The Qur’an-burning in Stockholm was carried out by Rasmus Paludan, the leader of Danish far-right political party Hard Line, who also has Swedish citizenship.

It came after Ankara stepped up its demands that Sweden in particular and Finland to a lesser extent must make a stronger stand against terrorists that Turkey alleges live in the two countries, mainly Kurdish militants and members of the Gulenist group the Erdogan administration blames for a 2016 coup attempt.

"If you love members of terrorist organisations and enemies of Islam so much and protect them, then we advise you to seek their support for your countries' security," Erdogan also said in his post-cabinet speech.

Prior to the Paludan demonstration going ahead, Turkish officials angrily protested to Sweden, saying the gathering should be banned. The previous weekend, Ankara was left furious by an incident in which a Kurdish group was able to hang an effigy of Erdogan outside Stockholm city hall.