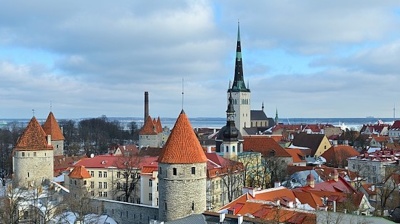 The number of e-residents in Estonia is expected to pass the 100,000 mark this year, according to Liina Suvi Ristoja, a spokeswoman for the e-residency team, ERR.ee, an Estonian news website, reported on May 27.

Estonia was the first country to launch an e-residency programme, at the end of 2014. In the seven-and-a-half years since, Estonia has attracted more than 92,000 e-residents.

"This year, this number is expected to grow to six digits—it can be said that the community of e-residents will soon be the second largest city in Estonia," said Ristoja.

E-residency allows foreigners, regardless of their citizenship, place of residence and nationality to apply for a digital ID and to access Estonian public and private e-services but there may be needed more from its potential applicants, ERR.ee reported.

Estonian social scientists interviewed e-residents around the world and showed that, although Estonian e-residency is primarily a service platform, being an e-resident also implies for many a sense of a transnational and values-based belonging to the Estonian state.

"How an e-resident thinks about his or her relationship with the Estonian state, or how this relationship might transform in the future, is individual," says Piia Tammpuu, who participated in a research project led by Tallinn University of Technology (TalTech). While some e-residents perceive the e-state digital platform like any other market-driven platform, where what matters most is the ease of access to services, there are others who think more broadly about this relationship and are also interested in the values and principles that ground e-residency.

As e-residents communicate with the Estonian state through a special digital service platform, the researchers based their work on the concept of platformisation. "Simply put, platformisation can be understood as an increase in the impact (power) of digital platforms," said Piia Tammpuu. In other words, the infrastructure of digital platforms, their data-driven business models, governance frameworks and operating logistics are increasingly affecting different sectors of the economy and spheres of life.

Tammpuu said, e-residency is a digital platform designed by the Estonian state that connects service providers with e-residents as users of these services. "Therefore, we were interested in how the concept of platformisation might be perceived and thought about, i.e., how e-residents understand this digital service 'platform' and by that their connection with the Estonian state as the creator and owner of this platform," she said.

Russian e-commerce turnover up 1.5-fold in 1H22
1 day ago
Home of the humbled lira, Turkey’s the biggest cryptocurrency market in the Middle East
2 days ago
Business Insider: Western tech majors have tested or used controversial Russian face recognition technology
8 days ago
From 4G to 6G: How Russia seeks to develop mobile networks amid shortages of domestic frequency and foreign equipment
8 days ago
Should I stay or go for founder of Russian internet major Yandex
12 days ago