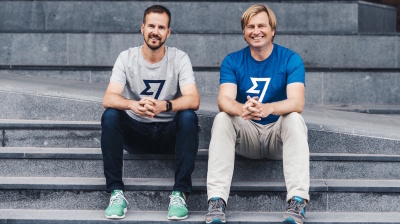 Wise, the global money transfer service founded by Estonian entrepreneurs, was listed on the London stock market on July 7, valued at £8bn (€9.3bn).

The fintech, formerly known as Transferwise, launched at £8 per share under a so-called direct listing, which does not seek to raise capital but enables public trading. The operation is cheaper and more transparent than a traditional initial public offering that involves issuing new shares, the company said. The company said it has no plans to raise primary capital.

"A direct listing, combined with a widely available dual class share structure, allows us to bring customers and other like-minded investors into our shareholder base, whilst keeping the focus on our deeply ingrained mission as we grow at speed," said Kristo Käärmann, CEO and co-founder, in a statement.

The valuation increased in initial trading with the group's share price rising 1.6%.

In a secondary sale last July, Wise, founded in 2011 as TransferWise, had been valued at around £3.9bn at the exchange rate at the time of the deal or £3.6bn at current exchange rates, according to the Financial Times.

The group has won customers during pandemic lockdowns as people sought alternative ways of transferring cash, pushing up valuations of payments companies.

Unlike many fintech companies that struggle to generate a profit, Wise has been profitable since 2017. Profit before tax for 2020 more than doubled to £41mn compared to the prior year on revenue of £421mn. The firm has six million customers and 2,400 employees worldwide.

According to the FT,  Wise would be the largest company to do a direct listing without already being listed in another market or being separated from an existing business since Old Mutual, the investment group, in 1999.

TransferWise was launched by Kristo Kaarmann and Taavet Hinrikus in 2011, offering low-cost international money transfers for retail customers. Recently it has focused on attracting business clients and moving into more sophisticated banking services. It was renamed Wise in February to highlight the shift beyond simple money transfers.