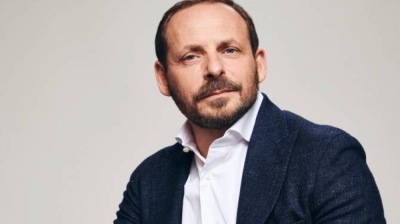 Alongside the long-awaited oil embargo and the decision to de-SWIFT Sberbank, the EU’s sixth package of sanctions also included some surprises, including the decision to sanction prominent tech entrepreneur Arkady Volozh.

The announcement left many in the business community in Russia and abroad perplexed. Until now, most of the individuals sanctioned have been people whom the West views as “oligarchs”, Kremlin cronies or people who have in some way supported the Kremlin’s invasion of Ukraine – Volozh hardly matches any of these descriptions.

Before Russia invaded Ukraine, Yandex was the most valuable internet company in Russia. It started off as a search engine but has evolved into a tech giant with a range of verticals supported by artificial intelligence – from ride-hailing to delivery robots and self-driving cars.

Volozh, who has been based in Tel Aviv with his family since 2014, has now resigned from all his positions in Yandex and its board. His trust has a 45.3% voting interest in Yandex, but a statement published by the company says that Volozh will not instruct the trustee how to vote in future and that it will vote in line with the Board.

While Volozh’s designation came as a surprise to the market, the damage may have initially been done when the Trump Administration published its famous “Oligarch list” (which in fact turned out to be a hastily produced cut-and-paste job from the Forbes rich list).

Volozh was on this list. Leader of the Russian opposition Alexey Navalny has questioned why some Russian business people like Volozh with no discernible ties to the Kremlin featured on the list. The former US Ambassador to Russia, Michael McFaul, also expressed publicly his surprise that Volozh was designated as an “oligarch”.

Volozh described the decision to sanction him as “misguided and ultimately counterproductive”.  And he was not alone in questioning the decision.

The Yandex Board followed on with its own statement of support: “We believe this decision to be wholly unjust and based on an inaccurate understanding of Arkady. Rather than being sanctioned, Arkady should be lauded for building, from the ground up, one of the most independent, modern and progressive companies in Russia and one of the most innovative companies in Europe; a true pioneer in search, ride hailing, maps and navigation, and autonomous vehicles to name but a few of the areas where Yandex excels.”

Volozh was born in what is now Kazakhstan and went to university in Moscow. He set out to obtain a PhD in computer science, but before completing it he had a change of course as the country started to open up for business. He launched his first business, CompTek, in 1989 alongside his English teacher Robert Stubblebine. CompTek dealt mostly in network and telecommunications equipment, and went on to become the largest distributor of Cisco Systems in Russia and the CIS.

But Volozh’s real breakthrough came in the 1990s, when he asked a school friend from Kazakhstan, Ilya Segalovich, to work with him on an algorithm which later became the basis of the first version of Yandex. The name came from the words “yet another index”.

However, Yandex quickly grew into something much bigger than just another index. Along the way, the co-founders are understood to have turned down multiple takeover offers, including from Google founders Sergey Brin and Larry Page. According to a source familiar with the matter, the Google founders offered to buy the company for $130mn.

Instead, Yandex went public on NASDAQ in 2011, in what became the biggest IPO of any internet company since Google in 2004. The $1.3bn float was bought almost entirely by US, UK and European funds, with foreign investors owning around 80% of the company today.

With the capital raised in the IPO, Yandex set about turning itself into Europe’s largest technology company and expanding into international markets. It acquired a movie search engine, invested in an ultrafast e-grocery service (which came to Paris, London and Tel Aviv), launched a taxi-hailing service, the largest Cloud in the country, as well as one of the world’s leading autonomous car businesses.

Although most of its business was still in Russia, Yandex could rival any of its global peers in terms of its technology and innovation.

Viewed as more of a “foreign” company back in its home market, with its majority international ownership and foreign-led board of directors, Yandex has had some high-profile showdowns with the authorities in Russia. In 2019, it reportedly refused to hand over the encryption keys to its email service when a request was made by the FSB.

The Kremlin’s draft law in 2019 proposing to limit foreign ownership of “significant tech companies” to 20% was widely viewed as a threat to Yandex. In response, the company set up a Public Interest Foundation (“PIF”), made up mostly of representatives of Russian higher education institutions, NGOs and members of Yandex’s management, to which it gave two seats out of twelve on the board of directors.

In return for maintaining control over its operations and management, Yandex gave the PIF a veto on issues which were considered to be of public interest, including a change of control in the business, the transfer of Russian users’ data to third parties, and the sale of intellectual property.

International shareholders hailed the move as a victory for Yandex. 99% of voting shareholders supported the changes, and the share price on NASDAQ jumped by 12% when they were announced.

Bloomberg columnist Leonid Bershidsky wrote that Yandex’s move “could be seen as a template for Big Tech”, granting bodies comprised of NGOs and university representatives a veto on socially sensitive issues in return for the ability to satisfy shareholder and customer demands in all other spheres. “Silicon Valley should pay attention,” he added.

The EU defended its designation to designate Volozh by accusing Yandex of “promoting state media and narratives in its search results, and de-ranking and removing content critical of the Kremlin”.

This characterisation is at odds with the assessment of renowned Russian propagandist Margarita Simonyan (the head of RT), who once dubbed Yandex “worse than Google” for all the “anti-government content” which it promotes.

Volozh and Yandex have come under criticism for the company’s news aggregator service, which currently appears on the homepage. In fact, the service isn’t called “news”, but rather, “what’s in the Russian media today”, and it produces the top headlines from Russian media at any given time.

The problem with this service is that as a news aggregator, it is legally required to source headlines from media outlets officially listed on the Russian media watchdog’s register. Moreover, new legislation introduced after Russia’s invasion of Ukraine placed further restrictions on local media, for example requiring them to refer to the war as a “special operation”, further skewing the results of the service towards the Russian government line on Ukraine.

According to one industry insider, “the news service has been somewhat problematic for a while as, over time, it has been required to show an increasingly narrow view of the world.  But until the war started it was still relatively harmless. And maybe there was even some value to users in showing what the Russian media was writing about. After 24 February, everything changed, and the service became toxic.”

In the days following the start of the war, Yandex announced that it was exploring options to dispose of the news service.

After the tragic death of his friend and co-founder Segalovich, Volozh told Meduza, he felt the need to keep improving the endeavour that they had started. “You have to keep building the company, so that you can leave a living system for whomever comes next, who will also keep building this system,” he said. Yandex will rumble on without the direction of Volozh, too, although it may be a different company in his absence.

Arkady Volozh is understood to be preparing to appeal against his designation.

Recent moves toward restoring relations with Armenia’s traditional enemies have run into strong resistance from the global diaspora. But will it make a difference?

Gas crisis: Can Europe store enough gas this summer to get through the winter?

“Winter is coming, and the night is full or terrors.” The Game of Thrones' most famous quote would serve well as a morning greeting for gas traders as they come into work.

A mounting gas crisis in Europe caused by Russia’s decision to reduce flows has revived several African gas pipeline projects to take over from the Russian deliveries.

Moscow regards the ban on the transport of certain goods – notably steel and ferrous metal products – between parts of its territory as a violation of a 2002 agreement with the EU.

Inflation is being driven up by the food crisis and disrupted supply chains, first during the pandemic and now due to the war in Ukraine, leading to fears of stagflation for the whole world.

Armenia diaspora faces waning influence on Turkey, Azerbaijan negotiations
20 hours ago
Gas crisis: Can Europe store enough gas this summer to get through the winter?
1 day ago
African gas pipeline projects revived due to European gas crisis
1 day ago
Lithuania braces for Russian retaliation over Kaliningrad sanctions
1 day ago
CEE inflation spreading across whole region, set to last for years
2 days ago