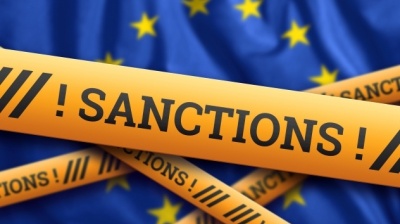 The EU introduced its sixth package of sanctions against Belarus and Russia on June 3. The new sanctions expanded strictures against key income earning companies for the Belarusian regime and also added new individuals to the sanctions list.

Previously the EU sanctions have mostly been focused on boycotting the import of certain product groups from Belarusian companies, such as various sorts of potash fertilisers which are exported by the Minsk regime’s main foreign currency earner Belaruskali. However, the latest sanctions package includes direct sanctions against both Belaruskali and the Belarusian Potash Company (BPC), which is the trade arm of Belaruskali.

Belarus oil and potash exports are the main cash cows for the regime and are also the sectors hardest hit by sanctions. The regime has been rather secretive about changes in production at its oil refineries, but in early April it became known that these facilities had halved their throughput and become focused on refining for the home market. This is highly likely, since the oil companies’ administrations realise that their exports will not reach their intended destinations any time soon.

Previously this spring, the Belarusian government decided to nationalise cigarette sales within the country, hoping to retain the cigarette sales’ large profits for the state budget. Since 2020, neighbouring EU countries Poland and Lithuania have discovered cigarettes worth millions upon millions of euros which appear to be an attempt to smuggle them out of Belarus. There have been no official comments from the regime.

Moreover, the EU also imposed sanctions on Belarusian state-owned vehicles manufacturer Belkommunmash, the largest logistics operator Beltamozhservice and the state-owned broadcaster Belteleradiocompany. This hinders both vehicle exports and the continuation of any existing broadcasts made by media distributors under Belteleradiocompany to EU countries, but most importantly, it puts an end to any logistics co-operation between Beltamozhservice and EU countries.

The Belarusian regime in Minsk is certainly not happy, as its biggest wish after quelling most of the domestic opposition is an end to the Western sanctions.

On 3 June, Lukashenko was in discussions with UN Secretary General Antonio Guterres on letting Ukrainian grain pass through Belarus to be exported through the Baltic ports in order to ease the strain on food supply to African and the Middle Eastern countries. Lukashenko’s demands were that Belarusian companies be allowed to export their potash and oil through the Baltic ports again, which after the latest rounds of sanctions appears increasingly unlikely.

As much as the Belarusian regime attempts to appear confident in its public communications, its statements have lately come off as more honest about the sanctions’ actual effects on the Belarusian economy.

On the other hand, there’s evidence pointing towards the western sanctions having opposite effects. Just as Russia’s oil is still in high demand around the world despite Western countries’ choices to ban oil imports, some Belarusian goods are still in high demand despite the sanctions, which increases revenues for the Minsk regime.

While EU sanctions on importing Belarusian building materials came into force on March 9, it was still possible to import goods ordered before March 4 for another three months. It appears as if Lithuanian companies took advantage of this, and more than doubled their imports of Belarusian construction materials.

In March alone, Lithuania’s imports of Belarusian machine products grew by over 380%, its imports of aluminium products by 117%, and imports of iron and steel by 315%. The largest jump in imports was of various fats and oils, which increased by over 1,000%, according to Lithuania’s customs department.

The Belarusian government is so busy trying to find new logistics routes and to even out its trade balance that it’s created various new joint committees with Russia as well as a wholly new government agency. In other words, an intense effort to promote import substitution and increase bilateral trade ties is currently under way.

The results of Belarus new import substitution strategy are yet to be seen, but while it could ease up the pressure on Belarus’ manufacturing and machinery industries, it will hardly be decisive for the outcome of the country’s economic performance this year.

Belarusian regime officials are no longer shying away from admitting that the sanctions are having a real and strong impact on its economy. Belarus’ PM Roman Golovchenko said that the current “very large-scale restrictions on imports” were affecting Belarus’ military-industrial complex.

Another Belarusian official admitted on May 25 that 1/3 of Belarus’ exports would be unable to reach their destinations this year, a devastating blow to the export dependent Belarusian economy. Moreover, Fitch Ratings expects Belarus' economy to shrink by 8% this year and increased administrative costs to manage sanctions and to preserve stability within the country could also rapidly lead to excessive increases in costs for the government budget. The Belarusian regime, after all, has a well-known solution to all its country’s woes, and this is always to increase state control and public expenditure, exacerbating the often high inflation in the country.

According to the chairman of the board for Belarus Development Bank, inflation currently lies at around 15% and can be expected to climb amid rising inflation rates around the world as well as for the above mentioned reasons.

How the inflation rate and the rapidly decreasing exports interact with each other remains to be seen, although they will undoubtedly reinforce each other’s effects.