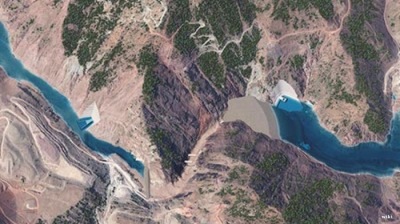 The move is intended both to help Tajikistan and other Central Asian countries reduce their reliance on Russian energy, and to counter Chinese influence in the region.

According to a spokesperson for the European Investment Bank (EIB), the European Commission has asked the bank to become “the largest investor” in the Rogun hydropower plant.

The EIB spokesman declined to provide details about the size of the potential investment or the reasons for the new commitment.

The Rogun HPP has the potential to provide full energy independence to the landlocked former Soviet country.

Rogun is expected to cost around $8bn, with $3bn spent so far, according to Tajik Energy Minister Dalyor Juma. The project is being developed by Italian construction firm Webuild.

So far, the Tajik government has financed the project through its bonds and private loans, but an EU official familiar with the negotiations said that Dushanbe has requested EU financial and technological assistance in completing the project.

Most of the proceeds of Tajikistan's $500mn Eurobond issued in September 2017 were invested in the enormous dam, and as of 2019 the state was spending around a quarter of its entire budget on the construction.

As well as seeking to build energy independence from Russia, the funding also would be part of the EU's "Global Gateway" strategy, the EU official said. Brussels unveiled the €300bn global infrastructure spending plan in December 2022 as a greener alternative to China's Belt and Road Initiative. Central Asia is among the regions where China has heavily invested under its BRI project.

The EU official told Reuters that decisions could be made by the final quarter of 2022.

The Tajik authorities had not commented on the potential investment yet.

The EIB invested about €182mn in Central Asia between 2014 and 2020, a fraction of its multi-billion-euro investments outside the EU's 27-nation bloc.

Conceived in Soviet times, the construction of Rogun is a potential game-changer for the country. The Rogun HPP, with its 335-metre-tall clay core rockfill dam, which the developers say will make it the tallest in the world once completed, is expected to end chronic power shortages in Tajikistan and allow it to export electricity to other countries in the region.