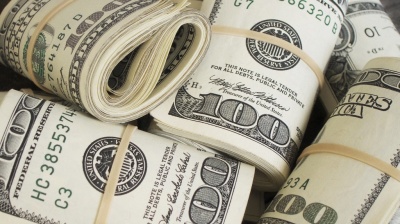 Albania and Serbia are among five countries removed from the so-called “greylist” of tax havens by European Union finance ministers, according to a statement issued on October 10.

Two countries, the United Arab Emirates and the Marshall Islands, were removed from the blacklist of tax havens following reforms to their tax policy frameworks.

Five others on the “greylist” of countries that had promised to come into line with EU tax laws were also removed.

"Albania, Costa Rica, Mauritius, Serbia and Switzerland have implemented ahead of their deadline all necessary reforms to comply with the EU tax good governance policy," said the statement.

The five countries were found “to be compliant with all commitments on tax cooperation.”

Albania was removed from the list after joining the Inclusive Framework on BEPS in August, while Serbia ratified the OECD Multilateral Convention on Mutual Administrative Assistance (MAC).

Nine jurisdictions remain on the blacklist of non-cooperative jurisdictions: American Samoa, Belize, Fiji, Guam, Oman, Samoa, Trinidad and Tobago, the US Virgin Islands and Vanuatu. Around 30 more are on the greylist, including Armenia, Bosnia & Herzegovina, Mongolia, Montenegro, North Macedonia and Turkey.

Charity Oxfam criticised the EU “whitewashing" Mauritius and Switzerland and urged the EU to “strengthen the criteria for its tax haven blacklist to make it an effective tool in the fight against tax dodging”.

“Today, the EU has whitewashed two of the world’s most harmful tax havens. Despite recent reforms, both countries will continue to offer sweet treats to tax-dodging companies, like very low tax rates, accelerating the race to the bottom on corporate taxation,” said Chiara Putaturo, Oxfam’s EU policy advisor on tax and inequalities, in a statement.

French renewables company Voltalia has won a tender for the construction of the 140 MW Karavasta photovoltaic park in southern Albania worth €100mn, Albanian PM Edi Rama announced on May 27. The ... more

Albania expected to legalise cannabis for medical use in July

Albania is expected to legalise cannabis for medical purposes as early as in July, media reported on May 12, citing PM Edi Rama. Rama was cited as saying by Albanian Daily News that the government ... more