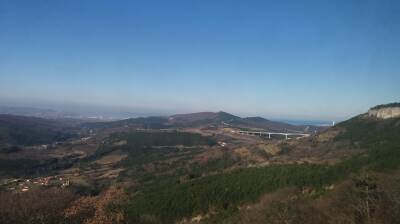 By Valentina Dimitrievska in Skopje January 11, 2022

The EU, under the Slovenian six-month presidency in the second half of 2021, failed to make significant progress towards a green transition, the Europe’s largest network of environmental citizens' organisations, the European Environmental Bureau (EEB) said in a report on the presidency.

The report was issued shortly after the end of Slovenia’s often controversial EU Council presidency, during which Prime Minister Janez Jansa clashed repeatedly with EU officials.

Ahead of its six-month stint in the rotating presidency of the Council, the government in Ljubljana said Slovenia's key task would be to strengthen the EU's resilience to crises and to recover the European economy, on the digital and green transition.

However, despite decent efforts to reverse biodiversity loss, the Slovenian EU Council presidency saw mostly mixed or poor results regarding the green transition and in pushing the zero pollution ambition, the EEB said in a statement.

According to NGOs, outcomes were especially poor in addressing the climate emergency, initiating a sustainable food transition and driving a circular economy.

"The Council Presidency shoulders the responsibility of leading member states in making considerable efforts to tackle the crises of climate, biodiversity and pollution. At such a pivotal moment, anything less is unacceptable and cannot be assessed as sufficient," said the EBB's deputy secretary general, Patrick ten Brink.

The organisation said that the Slovenian presidency failed to take a strong lead in the Fit for 55 package negotiations, which refers to the EU's target of reducing net greenhouse gas emissions by at least 55% by 2030 .

Very limited efforts were also noted to transform green rhetoric on agriculture into concrete policy changes. Further frustration was expressed at the presidency reducing the ambition of the revised Batteries Law and failing to lead the way on a reformed Industrial Emissions Directive that truly reflects zero pollution goals.

Among the contentious issues that arose during Slovenia’s six-month EU Council presidency were Ljubljana’s suspension of funding for news agency STA after Jansa accused the agency of political bias. The Slovenian prime minister also accused the European Commission come coming "close to breaking the rule of law" with its efforts to ensure member states complied with the bloc's fundamental values. He refused to meet representatives of the European Parliament’s justice committee, who visited Ljubljana in October to check the state of press freedom and the rule of law in the country, instead tweeting that some MEPs are “Soros puppets” in a post that was later removed from the micro-blogging site.

Growth of output prices in Slovenia accelerates to 10.6% y/y in December
Omicron brings COVID-19 infections to new peaks across SEE
PPF still has the deal-making mojo after death of founder Petr Kellner