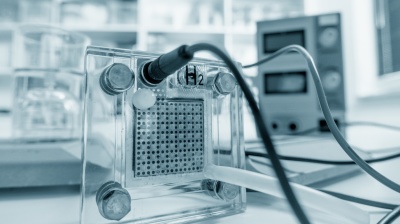 Electric vehicle (EV) battery production company InoBat Auto announced on May 20 that it has acquired a 27,000 square metre site near Bratislava to set up an R&D centre that will be able to produce prototype battery cells.

Unlike the usual model of manufacturers producing a limited range of EV batteries for automakers to pick from, InoBat will produce batteries to carmakers’ specifications.

Slovakia-based InoBat Auto was set up by R&D and battery production company InoBat and US energy tech firm Wildcat Discovery Technologies, and funded by a group of investors and technology companies led by infratech investor IPM Group.

The company now plans to redevelop the site to meet the specifications required for advanced battery manufacture, which will create around 150 new highly skilled jobs.

According to InoBat Auto, setting up the R&D centre will be followed by a new fundraising round to raise money for the €1bn InoBat Auto Gigafactory, which aims to produce 240,000 EV batteries by 2024.

In a press release, InoBat Auto stresses that the factory will reduce EV manufacturers’ dependence on Asia and “contribute to a strong European energy production and storage infrastructure now recognised as vital for growth and EU technological independence, particularly after the supply chain disruption demonstrated by recent restrictions following the outbreak of [coronavirus] COVID-19.”

“The acquisition of the Voderady site is a landmark step to realising our vision for InoBat Auto and will be vital to accelerating the much-needed electrification of all forms of transport,” said Marian Bocek, co-founder of InoBat Auto.

“Being able to combine cutting edge R&D with scale manufacturing capabilities in one site will allow us to select the optimum composition of battery materials to meet the bespoke performance requirements of vehicle manufacturers, whilst also creating a powerful supply chain in the heart of Europe.”

e-Sapa app based on tracker for fuel sales developed as industry association says around 40% of alcohol sold in Kazakhstan is counterfeit or illegal.

The Movial office in Iasi will become the fourth technology development centre in the region for Microsoft.