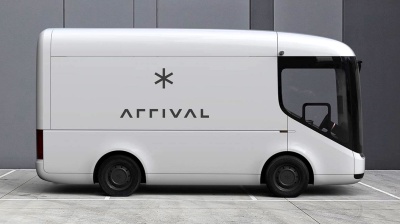 Set up only a year ago, the UK-based Arrival electric vehicle start-up, founded by Russian businessman and ex-Deputy Minister of Communications Denis Sverdlov, intends to float with a valuation of $5.4bn next year on Nasdaq
By bne IntelliNews November 23, 2020

The UK-based Arrival electric vehicle start-up, founded by Russian businessman and ex-Deputy Minister of Communications Denis Sverdlov, announced this week that it intends to IPO on Nasdaq with a $5.4bn valuation, reports The Bell.

Set up only a year ago, the company has been turning heads and has attracted investment from car companies Hyundai and Kia, package delivery firm UPS and asset manager BlackRock. Russian oligarch Vladimir Potanin is also reportedly an investor.

Arrival will take advantage of an accelerated placement scheme via a special purpose acquisition company (SPAC) and start trading on the Nasdaq exchange at the start of next year. CIIG Merger Corp. – headed by Peter Cuneo, former chief of Black & Decker, Remington and Marvel – will serve as the SPAC.

Arrival hopes to raise an estimated $660mn, valuing the company at $5.4bn. Sverdlov controls 75% of Arrival – an unusually large share for any company founder after several rounds of investment with blue-chip companies, The Bell comments.

Sverdlov is best known for founding Yota, one of the first Russian mobile internet providers to appear in the 2000s, and also launched a Russian-made mobile phone with the distinctive feature that it had screens on both sides of the phone. Sverdlov then went on to become Deputy Minister of Communications.

The former official set up Arrival in the UK, not least because it will be a long time before Russia has a market – or infrastructure – for electric vehicles (EVs). That said, there is still Russian investment in the company – Vladimir Potanin, Russia’s richest man with a net worth of $19.7bn according to Forbes, is one of Arrival’s investors.

Arrival’s popularity is its niche of light electric trucks for moving goods around cities. Arrival’s vehicles should be no more expensive to buy than their conventional counterparts and 50% cheaper to run. Production is due to begin next year.