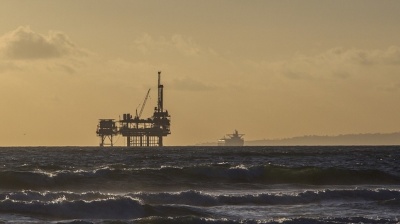 US oil and gas group ExxonMobil plans to pull out of its offshore gas project in Romania, local news portal G4media.ro reported on July 15.

ExxonMobil has invested some $700mn in the Neptun Deep project in Romania’s Black Sea section, mainly for drilling several exploration wells in the perimeter. ExxonMobil previously estimated an annual flow of 6.3bn cubic metres (cm) from the perimeter from this project.

ExxonMobil’s involvement in the Black Sea was regarded as a strategic US investment in the region.

Representatives of ExxonMobil informed the Romanian government and the National Agency for Mineral Resources that they want to eventually sell the license for the gas exploitation project in the Black Sea, government and oil industry sources told G4media.ro.

This was announced during the meeting of country manager of ExxonMobil’s operations in Romania, Richard Tasker, and Romania Prime Minster Viorica Dancila held on July 12.

According to G4Media.ro, Romanian oil and gas group OMV Petrom, which has a 50:50 joint venture with ExxonMobil for the Neptun Deep project, may be interested in taking over the US group’s stake.

US investment fund Carlyle, which is in a more advanced phase with another, smaller, gas exploitation project in the Black Sea, through local company Black Sea Oil & Gas, is also reportedly interested in ExxonMobil’s stake.

ExxonMobil and OMV Petrom should have decided on whether to move ahead with the commercial exploitation of the Neptun project by the end of 2018 but delayed their decision due to changes to the offshore law and new taxes the government levied on the energy industry.

In addition, ExxonMobil recently discovered huge hydrocarbon reserves in other areas, including Cyprus, where the gas reserves of the Glaucus-1 well are three times larger than those in the Romanian Black Sea.