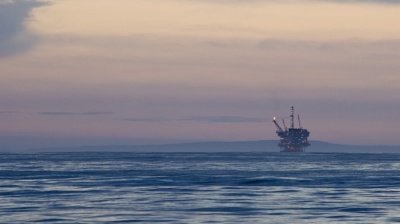 The largest deal was Romgaz's takeover of ExxonMobil E&P Romania for $1.06bn.
By bne IntelliNews January 25, 2023

The figure includes deals involving stakes of over 15% and excludes regional deals where a breakdown by country is not available for the value of the deal.

The most active sectors by transaction volume were technology (19.4% of transactions) and real estate (16.3%), followed by healthcare (11.2%), energy and utilities (8.1%) and diversified industrial products (7.8%).

The M&A activity in 2023 will reflect the fundamentals that have underpinned the record levels of transactions in recent years and are largely still in place, according to the report. The environment remains still volatile, though, the consultancy firm noted.

“In addition, we believe that the current market context represents a unique opportunity for strategic players with strong balance sheets to strategically reposition themselves in the long term," said Iulia Bratu, head of lead advisory, EY Romania.

GlobalLogic, a company of the Hitachi group, acquired Fortech, one of the most important independent digital engineering firms in Romania, in a deal estimated at $255mn The NPL portfolio of the Bank of Cyprus in Romania was acquired by APS Holdings Corporation for $158mn.

E&Y's approach differs from that of Deloitte, which recently reported that Romania’s M&A market hit a record of €6.6bn-7.7bn in 2022, out of which €4.1bn was in deals with disclosed value.

VISEGRAD BLOG: When Eastern European states speak out they are now listened to
bneGREEN: Renewable energy was a hot topic in Davos but for Europe, much work remains
Southeast Europe sovereigns start 2023 with return to capital markets

2023 will see further GDP deceleration to about 1% in what analysts say is a “soft landing” of the economy.

The index eased growth for a fourth consecutive time in December, confirming expectations for inflation to decline.

The share of non-performing loans in Ukraine reached 37% in December 2022, their highest level since the nationalisation of Privatbank in 2016.

Three mainly rural regions of Croatia and Bulgaria suffered the deepest population decline across the European Union between 2015 and 2020, a compilation of data from the EU’s statistics office Eurostat shows.