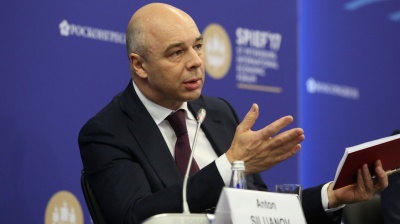 Back from their dachas and ready to work, Russian officials are tackling the first order of business: the federal budget. The government approved the Ministry of Finance’s proposal for Russia’s 2021-23 budget on September 16, which has been amended to adjust for the effects of coronavirus. The document foresees a 4.4% GDP deficit in 2021, 2.4% in 2022, and 1% thereafter. Here’s how Russia plans to achieve these figures.

First, the Ministry of Finance followed through on its word to cut budget expenditures by 10% across the board. The only exceptions are protected budget lines, such as military pensions and certain social benefits, and military expenditures, which the government will reduce by 5%. (Notably, funding for state-owned television has fallen under the “protected” category and will increase by 40% next year). This is an unprecedented cut to budget spending, RBC writes. It will save the federal budget nearly RUB1 trillion each year ($13.3bn). The last time the government executed a widespread cut to budget expenditures was in 2016, when oil prices stood at $30/barrel. (They are currently hovering around $40/barrel).

Slashing expenditures is not enough to ensure a balanced budget, however. The Russian government is also planning to implement new revenue collection schemes, which it is calling “revenue mobilization.” Some of these measures have already been announced, such as moving to a progressive personal income tax, taxing interest on deposits over RUB1mn ($13,300), and taxing dividend payments leaving Russia at 15%.

Others are new. In September, the Ministry of Finance proposed adjusting corporate income taxes in the oil industry. These measures have been included in the 2021-23 budget, and should generate RUB200bn in revenue. Furthermore, the budget includes plans to increase excise taxes on cigarettes from 4% to 20%. All told, the Ministry of Finance projects that its “revenue mobilization” program will earn the budget RUB1.8 trillion.

Yet with both these cost-saving and income-boosting strategies in place, Russia’s federal budget will still spend notably more than it will receive next year (21.5 vs.RUB18.8 trillion). To fill this gap, the Ministry of Finance will increase borrowing. Finance minster Anton Siluanov says that Russia’s state debt will rise to 21.3% of GDP by 2023 (up from 12.2% in 2019).