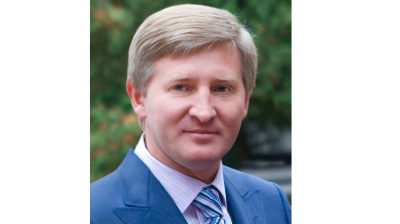 Ukraine's richest man Rinat Akhmetov voluntarily gave up control of his media assets. "I have never been and am not going to be an oligarch." / Wiki
By FPRI BMB Ukraine July 19, 2022

On July 11, Rinat Akhmetov, the richest and one of the most powerful men in Ukraine, took everyone by surprise when he announced the transfer of his TV channels’ broadcasting licences to the Ukrainian state. “I have never been and am not going to be an oligarch,” Akhmetov said in a statement.

How to interpret such a decision? It’s perhaps important to recall that Ukraine has been trying to shake off its association with the term “oligarchy.” Be that as it may, a handful of men – including Akhmetov himself – continue to hold disproportionate influence thanks to their financial and media assets, especially when it comes to local politics.

In this case, however, one of the most powerful men in the country has decided to part with his media empire voluntarily. And moreover, to do so to the benefit of the state and the Zelenskiy government, with whom Akhmetov was in open conflict up until a few months ago.

One explanation is that Akhmetov is trying to evade the so-called “anti-oligarch” law that was passed last year. The legislation established an official list of individuals considered to be oligarchs, who will be subject to increased scrutiny and regulations.

By getting rid of his media empire and forcing his business partner Vadim Novinsky out of Parliament, Akhmetov can no longer be considered a media mogul or involved in politics according to the criteria set out in the law. Indeed, Ukraine’s Justice Ministry has publicly acknowledged that Rinat Akhmetov no longer fits the legal definition of an oligarch.

As a result, Akhmetov giving up his media licences has struck many as a ruse, a manoeuvre to buy time before getting his hands back on these television channels at a later date. But Rinat Akhmetov may not be as omnipotent as he was before Russia began its all-out war.

Though his media empire was largely loss-making, Akhmetov was always able to compensate with the profits from his financial and industrial conglomerate. Now he’s losing money hand over fist: the majority of his assets are located in the war-torn Donbas and are being destroyed every day. (It’s also worth noting that Akhmetov has remained in Ukraine and is by far one of the largest donors to the Ukrainian army.)

Relinquishing his media licences may therefore be another sign of Akhmetov’s weakening influence, hinting that he no longer wishes to risk challenging the government. Will the war mark the end of the reign of the oligarchs in Ukraine, to the benefit of a state with newfound power? It is impossible to answer this question as yet, but this hypothesis, unthinkable six months ago, can now be seriously considered.

Russia resumes oil supplies to Slovakia and Hungary but imports to Czechia remain halted
Poll shows every other Russian supports continuing the war against Ukraine
Ukraine will receive $5.5bn in support from the US later this month

COMMENT: Emerging European tightening cycle coming to an end
3 days ago
COMMENT: Does Russia have any friends left in Southeast Asia?
7 days ago
COMMENT: Will an Italian right-wing victory in upcoming elections be another win for Putin in Europe?
7 days ago
COMMENT: War as a sign of weakness: failure of reforms and of branding of a Russian nation.
14 days ago
HESS: Putin doesn’t fit with China’s plans for an alternative global financial order
15 days ago