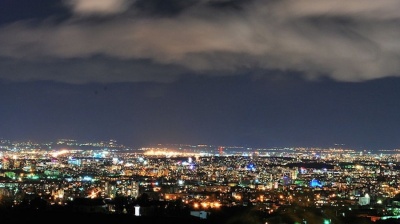 A hacker attack and technical issues delayed the online start of Bulgaria’s 2021 census, which was supposed to begin on September 7 and to last for ten days.

The census was initially delayed due to the coronavirus (COVID-19) pandemic. It was supposed to begin on January 22 but the parliament voted to allow it to be postponed due to the emergency situation.

“Currently, registration in the electronic system "Census 2021" is impossible due to a technical problem with the exchange of information between registers (REGIX system). A team of experts of the [involved] institutions is working to fix the problem,” the statistics office (NSI) said in a statement on September 7.

Hackers have attacked the website of the 2021 census since it was launched. The NSI said it was expecting such an attack and was prepared to respond. The website has a four-level defence system.

Despite the attacks, more than 3,500 people have managed to register and participate in the online counting in the early hours of September 7. NSI hopes that at least 70% of people will provide their data online.

At a press conference on September 7, caretaker Deputy Prime Minister Atanas Pekanov called on people to participate in the census online, as this was easier and safer during the coronavirus pandemic.

The second stage of the census is scheduled to last from September 18 to October 3, when enumerators will visit households. Everyone who refuses to participate will be fined BGN160 (€81.8).

Everyone in Bulgaria who usually resides in the country must participate in the census, including foreign citizens. Enumerators are obliged to visit every household, even those who have participated online.

People who reside abroad for a period longer than 12 months, as well as those who left before September 7 and intend to be absent for more than 12 months, should not be included in the household census form.

According to the previous census in 2010, Bulgaria’s population was around 7.43mn people.

FintechOS’ €51mn Series B round accounted for a substantial share of the investments in 2021.