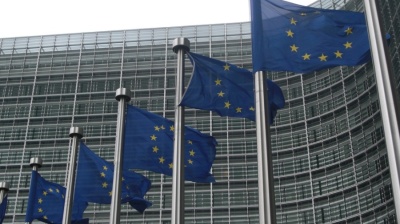 Hundreds of millions of euros and repeated urgings for officials have had only a modest impact on improving the rule of law in the Western Balkans, says a new report from the European Court of Auditors published on January 10.

The EU spent around €700mn to promote the rule of law in the region between 2014 and 2020, as well as engaging in political dialogue. Despite this, all six candidate and potential candidate countries from the region face issues of rule of law and fundamental rights, said the report, which cited insufficient political will and a lack of commitment to reform.

Outstanding issues include the independence of the judiciary, the fight against corruption and freedom of expression. Indeed, the report cites other research showing democratic backsliding in most of the region, with the notable exception of North Macedonia, in recent years.

While some technical and operational reforms have been carried out in the region, EU support has in general not been sufficient to address persistent issues in areas such as the independence of the judiciary, concentration of power, political interference and corruption.

On a positive note, a press release from the European Court of Auditors said the EU has clear priorities for the rule of law in the Western Balkans, which are generally translated into specific actions under the Instrument for Pre-Accession (IPA).

However, it added, ECA auditors conclude that “the main risks to the sustainability of the impact of EU actions are not sufficiently mitigated. Measures to address the issue of poor administrative capacity and a lack of political will – both of which are key issues – are too few and often ineffective.”

EU officials rarely threaten to suspend assistance even when states from the region deviate from the basic principles of democracy, the rule of law and respect for human rights.

"It is clear that EU support for the rule of law in the Western Balkans has failed to bring about profound change," said Juhan Parts, a member of the European Court of Auditors responsible for the report. "The modest progress made over the last 20 years threatens the overall sustainability of EU support in the accession process. Constant reforms ultimately lose their credibility if they do not produce concrete results."

The results of the ECA report differ from those from the EU’s own reports which, auditors said, “tend to focus on quantitative achievements and do not focus enough on the actual results of the reforms”.