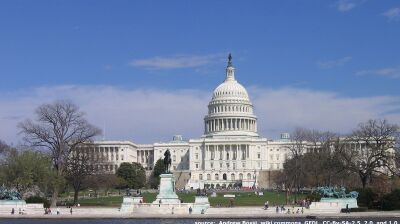 Ukrainian President Volodymyr Zelenskiy has won the information fight against Russia, but it is not clear if he can win the military fight. Some in Washington believe that Ukraine is likely to lose the Donbas to Russia. / wiki
By Robert Homans in Washington DC April 21, 2022

Last night I attended an event in Washington where I had two conversations relating to Ukraine: one with the principal of a consulting firm, and the other with an employee of the CIA.  I’ll relate both conversations.

I have often wondered what kind of public relations and speechmaking advice Zelenskiy is receiving, especially if it includes advice from outside Ukraine, especially the United States?  Ukraine, particularly President Zelenskiy, has won the information war with Russia. Regardless of the abilities of his advisers, it is Zelenskiy who delivers the message; he has done it masterfully.

According to the person I spoke with last night, who is a lobbyist and political consultant of long standing in Washington, Zelenskiy is receiving advice from experts based in Washington, DC, supplementing the advice he’s getting from Ukrainian experts, including but not limited to those who have worked with Zelenskiy for many years during his career as a comedian.  It appears that his advisers have created a powerful combination, allowing President Zelenskiy, who has great experience as a communicator from his acting career, to effectively and powerfully transmit his message, and Ukraine’s message, to diverse audiences, across multiple cultures.

It is extraordinary how far Zelenskiy has come, from his infamous July 25, 2019 phone call with former US president Donald Trump.  The call took place only three months after Zelenskiy’s inauguration. I wrote at the time that Zelenskiy came across the same way that many Ukrainian public officials have behaved, during my many meetings with such officials. Zelenskiy was telling Trump what Trump wanted to hear.

Today, Zelenskiy routinely speaks the truth to those who may not want to hear it, especially concerning the amount and timing of arms shipments from Ukraine’s western suppliers. In other words, Zelenskiy is communicating in the diametrically opposite manner to how he did when he spoke with Trump. Would the Zelenskiy who spoke with former Trump on July 25, 2019 be capable of the focus and forcefulness he has shown since the war started? I wonder. Zelenskiy has a very effective team behind him, but it is Zelenskiy who delivers the message.

At the same event I found myself speaking with a CIA agent, who identified himself as such. I asked him what he was involved in. He said he used to be focused on Iran but now, as he pointed to the Ukrainian Flag on my lapel, he said he’s focused on Ukraine. I asked him his prognosis. He said that the Army has been very effective in fighting against Russia but, at the end, he thinks that Russia will end up controlling the part of Donbas that they don’t already control, plus the southern cities at least as far as Kherson. I said that I didn’t agree with him, because the Russian Army has been exposed as a latter-day Potemkin Village, especially after they suffered such a devastating defeat around Kyiv. It was at that point when the speeches started. After the speeches were over, I tried to engage him again, but he really didn’t want any part of me.

From the conversation I did have, and I cannot say that what he expressed to me was the same intelligence that the CIA was presenting to the White House, it seemed to me that the CIA has bought into the same narrative expressed in much of the Biden Administration, and in the media, that Ukraine is fighting a great fight but, in the end, Russia will come away with significant territorial gains, most significantly limiting Ukraine’s access to the Black Sea, and Russia will be poised to continue to torment Ukraine well into the future.

I came away wondering – why even have the CIA? It wasn’t so much that I disagreed with his assessment. What concerned me was that what he was saying aligned with what much of the Biden Administration and the media have been saying since late last year, during the Russian build-up. In other words, where is the “thinking out of the box” analysis we should expect from the CIA?

If the assessment he expressed to me is consistent with the assessment that the CIA is supplying to the Director of National Intelligence and the White House, then this may explain why the Biden Administration appears to be slow-walking weapons deliveries to Ukraine. After all, why rush when Ukraine is going to end up losing territory in the end?

Again, this is just one person, but I hope that his sentiments and level of analysis is not representative of the CIA as a whole.