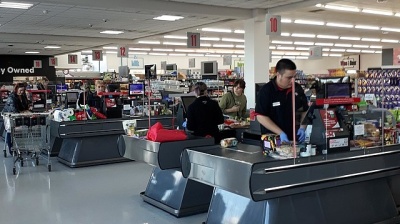 Russian companies Ozon and Svetophor have displaced international peers on the list of top ten retailers in Russia
By bne IntelIiNews October 20, 2021

Retail in Russia is undergoing a transformation as the local market accelerates out of the COVID-19 pandemic. The Russian sector is outpacing even the booming global retail sector as real wages increase and consumer behaviour begins to change. Whereas the longstanding leaders of the Russian market are international companies, this shift is playing to the advantage of Russian retailers, who are fast catching up.

Auchan and Metro – two European hypermarket giants – have dropped off the list of the top ten largest retailers in Russia at the end of 1H21, writes daily newspaper Kommersant. In their places, Russian retail giants Ozon and Svetofor have broken into the top ten, according to data from analytical firm Infoline.

As a result, nine out of the top ten retailers are now Russian companies. The exception is French home and gardening retailer Leroy Merlin, which currently sits at eighth place on the list.
One of the main beneficiaries of the change is e-commerce. As the coronacrisis pushed more consumption online, the sector expanded five times faster than the real economy. Ozon is a case in point. Often likened to e-commerce giant Amazon, the company is in fact a much younger player with more growing to do. Ozon’s IPO last year raised $1.2bn, and its appearance on the prestigious list of top ten retailers testifies to its rapid growth since then. Q2 results showed that orders placed with the company have jumped from 14.6mn to 40.9mn year-on-year. Revenue has correspondingly grown by 108.4% in the same period.

Food retail is another winner. Online sales of food products in Russia tripled in the first half of this year, reaching RUB149bn ($2bn). X5, a food retail group which maintained its position as Russia’s largest retailer, recently announced that total sales for Q3 were up 11.6% year-on-year, with 353 new stores opened in the quarter, as reported by bne IntelliNews.

The Auchan network, meanwhile, saw its Russian income shrink by 17.3% in the first half of the year according to Infoline, while Metro’s stayed the same. For Auchan, this is the sixth year in a row that sales have fallen. The CEO of Auchan in Russia, Ivan Martinovich, disputed Kommersant’s evaluation, telling the newspaper that the company’s overall profit was up 3% this year, with EBITDA up 66%.

Nonetheless, as consumption soars in a market undergoing a rapid shift in dynamics, Russian retailers are indisputably outperforming their cohort. Some will put this down to their ability to quickly interpret and adapt to changing demands. X5, for example, has put particular emphasis on the success of its digital business, which grew by 157% year-on-year in 3Q21. Ozon, meanwhile, has touted the rapid expansion of its Express service, with the opening of its first dark store in St Petersburg earlier this year. It is clear that the key to growth in this highly competitive sector is to capture a large customer base as quickly as possible. Expect international retailers to try out ever more inventive services and products in an effort to win back their slice of the pirog.