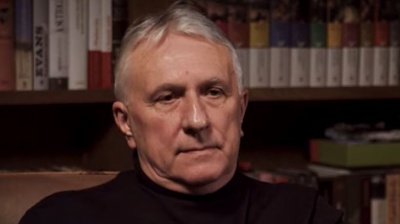 Laszlo Bige, owner of CEE's leading fertiliser company Nitrogenmuvek, says he is under pressure to sell his lucrative business to cronies of PM Viktor Orban.
By Tamas Szilagyi in Budapest April 9, 2021

A Hungarian fertiliser magnate claims that he has been threatened and harassed by state authorities to force him to sell out to oligarchs close to Prime Minister Viktor Orban.

Laszlo Bige, one of Hungary’s richest men, says he has had 17 state raids over the past two years, including one involving hundreds of officials from the police, fire department and even the disaster management office, but he is still refusing to sell his business.

Since December the 62-year-old tycoon has been under house arrest for allegedly selling fertiliser at a below the counter price to a distributor in 2010 and then sharing the proceeds. He is charged with accepting more than HUF800mn (€223mn) in kickbacks as part of the deal. He denies the charges, which could carry a sentence of up to 10 years’ imprisonment.

The conflict also has a political dimension as Bige has made himself unpopular by recently funding an opinion poll that showed that the proposed coalition of opposition parties could win more votes than Orban’s Fidesz at next year’s general election.

The extortion allegations, made during an interview on the Partizan YouTube channel, chimes with other reports about the way oligarchs close to the Hungarian premier go about expanding their businesses by using the state to put pressure on rival companies that do not have political protection. The European Commission has repeatedly expressed concerns about the rule of law in Hungary, though its new budget clawback mechanism will likely only take effect after the general election.

At present Bige is the tenth wealthiest Hungarian, with an estimated wealth of HUF112bn (US$370mn). He is the majority owner of Nitrogenmuvek, one of the biggest makers of artificial fertiliser in the region. The company booked HUF95bn (€263mn) in revenue last year and an after-tax profit of HUF3.6bn. The company sells nearly half of its output in 13 European countries, while it has about 10,000 customers in Hungary.

Bige has always been a figure of suspicion to the right. He bought Nitrogemuvek in the mid-1990s under the Socialist-liberal government of Gyula Horn. This has earned him the reputation as a ‘red baron’, a nickname assigned to entrepreneurs in the early 1990s who had good ties with the former communist political elite.

Bige claims that he also had good ties with the rightwing as well. He says he has supported football club Ferencvaros with hundreds of millions of forints since 2010 when Fidesz swept to power. Orban has encouraged businessmen to donate money to his favoured football clubs as proof of their loyalty to his regime. But Bige stopped making payments a few years later after the ruling party raised the tax on imported natural gas, a move that may have removed his protection.

Meszaros, widely seen as Orban’s front man, has become one of Hungary’s richest men over the last few years, helped by lucrative state contracts. The former pipe layer's rise coincided with the fall from grace of Lajos Simicska, who lost a construction firm and a media empire after an unusually public fallout with Orban in 2015. After the third supermajority win by Fidesz, Simicska sold off his business conglomerate, which ended up in the hands of new oligarchs, including Meszaros.

'Clear message' from the boss

Bige claims that his problems started when he came into conflict with Sandor Csanyi, the head of Hungary’s largest lender OTP Bank and another powerful ally of Orban’s. Even though Csanyi originally financed the acquisition of Nitrogemuvek, OTP unilaterally withdrew from a working capital loan agreement in 2008 during the global financial crisis. The then Socialist-led government stepped in to extend a lifeline to save Nitrogenmuvek from bankruptcy.

In 2013 Csanyi also outbid Bige to buy KITE, one of the largest providers of agricultural services to farmers in Hungary.  A private businessman, financed by OTP, gained ownership in the company before it was bought out by Csanyi.

OTP’s leader would not comment on press reports about his feud with Bige.

Over the past two years, Nitrogenmuvek has been targeted by the prosecutor's office, police, disaster management office, the competition watchdog and the tax office. In 2019 its chemical plant in Szolnok was forced to suspend operations for alleged violation of waste management rules and Bige was detained for two days. The courts later ruled that the closure was unlawful.

Everyone is lined up against me, he said in the interview. "They have been tapping my phone for more than 10 years, they are following my every move."

Bige claims that he has received messages from the highest government circles that he could walk away, but if he doesn’t, he could get locked up. "I did not take that seriously", he adds.

Bige claims that coordinated attacks by authorities only serve one goal, which is to help Orban’s cronies to get hold of his business at a knock-down price.

Bige recently made headlines when he financed a poll about the chance of opposition parties in the 2022 parliamentary election. The results confirmed previous results that a united opposition stands a clear chance of winning against Fidesz. This has raised speculation over whether he would be willing to act as a financier to opposition parties, similarly to the way former Fidesz treasurer Simicska started to back the rightwing opposition Jobbik party.

The businessman is sure that the prime minister has already made a decision in his case. "It was quite a clear message from them", he says, referring to his detention.

But Bige believes that his carrier is not doomed should Fidesz remain in power next year and he is not ready to quit just yet.

"I have quite a few tools in my hands if I really need to, I have information and documents which I’m not afraid to make public if I really have to," he says.