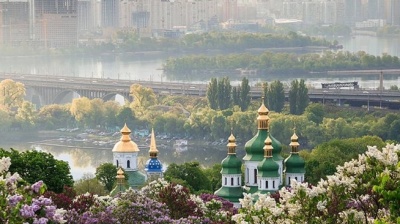 The government in Kyiv has convinced the International Monetary Fund (IMF) that is it serious about reforms and persuaded the fund to unfreeze its $5bn Stand By Agreement
By Cameron Jones in Kyiv October 18, 2021

The government in Kyiv has convinced the International Monetary Fund (IMF) that is it serious about reforms and persuaded the fund to unfreeze its $5bn Stand By Agreement (SBA), the fund said on October 18.

The decision clears the way for the release of the next $700mn tranche to be release that has been delayed by the IMF due to foot dragging on reforms by Kyiv. The programme was suspended after Ukraine’s Constitutional Court struck down many of the key laws put in place at the IMF’s insistence to fight corruption.

Under the terms of the new deal the SBA will also be extended by six months, which had been due to expire in December. Ukraine has already received $2.1bn from the IMF last summer, but two tranches of $700mn and $2.2bn are still outstanding. The six month extension makes it possible for Kyiv to also receive the final tranche of $2.2bn, which may arrive early next year.

After an online review of the government’s progress, the Washington-based fund said Monday, 18 October that it had concluded a staff-level agreement to unfreeze the financing, which has been inaccessible for more than a year because its terms weren’t met. A sign-off by the IMF’s board, planned for November, is still left to do.

“An IMF mission team and Ukraine’s authorities have reached a staff-level agreement on an updated set of economic, financial and structural policies to help address the economic and health crisis caused by COVID-19, while maintaining macroeconomic and financial stability, reducing vulnerabilities and tackling key obstacles to private investment,” the fund said in a statement.

As Ukraine’s excruciatingly slow pace of vaccination continues to hinder its fight against the pandemic and subsequent economic recovery, the IMF has downgraded Ukraine’s growth outlook for 2021. Following this new agreement, however, Kyiv stands to get a disbursement of about $700mn, having so far only received one tranche from the loan, which was sealed in mid-2020.

The IMF has stated that the extended programme’s objectives include sustainable fiscal policy, safeguarding central bank independence, tackling corruption and “reducing the role of the state and vested interests in the economy to improve the business environment, strengthen corporate governance, attract investment and raise the economy’s potential.”

The central bank is at the forefront of these objectives, following last year’s sudden departure of its governor, who had consistently accused the government of interference. President Volodymyr Zelenskiy has chosen a successor and has provoked controversy for offending members of the team he inherited, which caused various waves of departures. As Zelenskiy continues to reshuffle his government and senior parliamentary leaders, he is also seeking to replace the current central bank governor, according to three people familiar with his plans. In addition, the Rada will debate on 19 October the legislation sought by the IMF, including on governance at the central bank and on the independence of the anti-graft agency.

The resumption of IMF aid would follow the transfer in August to Ukraine of $2.7bn in Special Drawing Rights as part of a global programme that looks to alleviate the pandemic’s economic fallout.