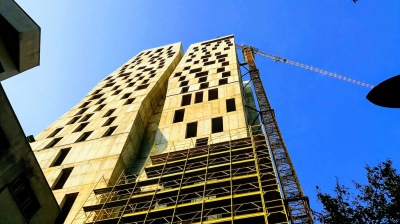 Albania’s economy is being affected by the war in Ukraine mainly through rising prices and tighter global financial conditions that are set to raise external funding costs, an IMF statement said.

Inflation “is expected to remain at a high level in the coming months – driven by import prices – before falling back to the target towards early 2024, reflecting the impact of monetary policy tightening,” the IMF said.

Yan Sun, who led the staff visit in Albania on May 12-19, recommended “temporary, well-targeted support” to help the poor and vulnerable manage as prices rise.

“The authorities have responded swiftly to the latest shock, with some of the support measures targeted and timebound. They have taken the right decision to steer clear of ad hoc tax cuts, which tend to benefit disproportionately those who are better off, can distort price signals and are costly and hard to reverse,” Sun said, according to the statement.

“Given the challenges faced by the transparency board that monitors prices of a few staple food products, we see merits in replacing it with temporary, well-targeted support to the poor and vulnerable to cushion them from the effects of rising prices. In this regard, efforts should continue to strengthen the country’s social protection system, including widening its coverage to the poor and vulnerable in the informal sector,” she added.

She further recommended that as the 2022 budget provides “already ample space” to support the people and the economy, any additional revenue beyond what is currently projected in the budget “should be saved to rebuild room for policy manoeuvre. This is critical, as external funding costs have risen considerably and may well be durably higher,” Sun said.

She also commented on the situation in global energy markets, warning that it has “further aggravated the fiscal burden stemming from the electricity sector”. Albania is almost entirely reliant on hydropower, and when production is low due to weather conditions it has to import electricity. To ease this burden, the IMF called for decisive reforms to restore the financial viability of the state-owned enterprises, as well as gradual tariff adjustments.

On the other hand, Sun noted that the financial system has weathered the shocks well. “As monetary conditions tighten, continued vigilance will be key to monitor the sensitivity of banks’ balance sheets to loans with variable interest rates and the repricing of government securities,” she added.