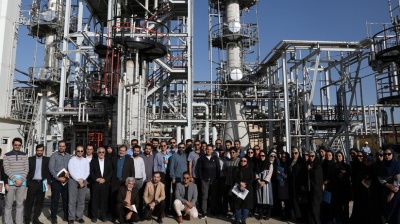 Iran’s atomic agency said on June 17 that Tehran might start the process of enriching uranium up to 20%, closer to weapons-grade, from July 7. The move was seen as a significant escalation of the Iranians’ recently adopted strategy of turning up the heat on the remaining nuclear deal signatories to do more to help Iran’s economy if they want to see the accord kept intact.

Behrouz Kamalvandi, spokesman for the Iranian Atomic Energy Authority, threatened the possible development after announcing that Iran has already sped up its countdown to breaching the nuclear deal by enriching uranium at a rate that will mean it breaching its uranium stockpile limit in the next 10 days.

Kamalvandi said Iran needed 5% enrichment for its nuclear power plant in the southern Iranian port of Bushehr and 20% enrichment for a Tehran research reactor. The nuclear deal limited Iran to enriching uranium to 3.67%, which is enough for power plants and peaceful purposes. Ninety percent is considered weapons grade. Experts say the technical leap necessary to get to 90% concentration from 20% is relatively straightforward, because enrichment becomes less challenging at higher levels. Moving from the natural state of 0.7% concentration to 20% takes 90% of total energy required, they say.

Tremendous pressure
Iran’s economy is under tremendous pressure from US sanctions but, despite promises, particularly from Europe, the remaining five major power signatories to the nuclear deal (formally the Joint Comprehensive Plan of Action, or JCPOA) have in the eyes of the Iranians done next to nothing to help protect their country’s trade. "In 10 days' time... we will pass this limit," Kamalvandi added."There is still time for the Europeans... But the Europeans have expressed indirectly their inability to act. They should not think that after the 60 days [outlined in the original ultimatum given my Iran for securing more nuclear deal economic benefits], they will have another 60-day opportunity."

The move by the US made at the beginning of May to try to force all Iranian oil exports—the lifeblood of Iran’s economy—out of world markets may prove to be the straw that broke the camel’s back if the Iranians do go ahead with an exit from the JCPOA in protest that it is not delivering anything like what it is supposed to.

Iran signed the accord in late 2015 to secure a shield against heavy sanctions in return for compliance with measures aimed at blocking any pathway Tehran could take to developing a nuclear weapon. Deal signatories France, Germany, the UK, Russia and China, and the International Atomic Energy Authority (IAEA) have always vouched that Iran has not breached the agreement, but demanding a broader, tougher nuclear deal, US President Donald Trump in May last year unilaterally pulled Washington out of the multilateral pact.

Responding to the plans outlined by Kamalvandi, French President Emmanuel Macron urged Iran to be patient and responsible and the German Foreign Minister Heiko Maas said: “We will certainly not accept a unilateral reduction of obligations.”

Israeli Prime Minister Benjamin Netanyahu, who has always been fiercely opposed to the JCPOA, called for international sanctions to be reimposed immediately "should Iran deliver on its current threats".

"In any event, Israel will not allow Iran to get nuclear weaponry," he warned.

The EU gave its assent to an unpublished timetable with Tehran last week to help ease trade between Iran and European nations. However, it is not clear whether the measures will come quickly enough and they may not be sufficient to persuade Iran to rethink its strategy of chipping away at the nuclear deal. European companies have pulled out of Iran in droves and have given up on trading with the country, fearing they may be hit by US secondary sanctions and perhaps shut out of the US market and world financial markets.

US, UK blame Iran for tanker attacks
Though conclusive hard evidence has not been presented, Washington and the UK have cited intelligence assessments in blaming last week’s attacks on oil tankers in the Gulf of Oman on Iran, a country which is now facing huge difficulties in exporting its own oil given the threat of the US to hit any customers with reprisals. Tehran has denied any involvement in the attacks. It has described them as a false flag operation. The EU has yet to apportion blame.

Iran’s army chief, Maj Gen Mohammad Hossein Baqeri, said on June 17 that if Iran ever took the decision to block the export of all countries’ oil from the Gulf, by choking off the Strait of Hormuz, it would do so transparently. It would not resort to deception or covert operations, unlike the “terrorist and deceptive” US, he added.

Given the tensions, and the recent beefing up of US armed forces in the Gulf, many observers fear that Washington and Tehran are on the verge of a military clash and that one miscalculation, or action taken by foreign policy hawks on either side, could tip them over the edge.

Under the nuclear agreement, Iran is entitled to keep a stockpile of no more than 300kg (660lbs) of uranium hexafluoride enriched to 3.67)%. In his briefing, Kamalvandi said that because Iran recently decided to quadruple its production of low-enriched uranium, it would theoretically pass that limit on 27 June.

The IAEA said last month that Iran’s stockpile of enriched uranium was 174.1kg in late May.