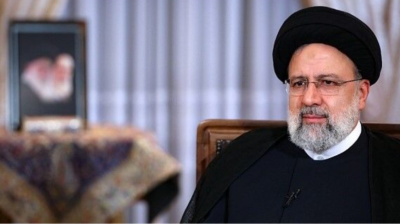 Tehran on September 28 hit Kurdish militants’ military bases in Kurdistan, northern Iraq, with deadly cross-border “kamikaze” drone and artillery strikes in a move that appeared intended as a punishment for Kurds that have supported the anti-regime demonstrations that have swept Iran in the past two weeks.

The attack, which local reports said killed 10 people and injured 32, was targeted at bases and also the headquarters of the Kurdish Democratic Party of Iran (KDPI). In response, the KPDI urged its supporters inside Iran to return to the streets. Its London spokesperson said: “Support for these demonstrations is building. This started about one Kurdish woman [Mahsa Amini] and the wearing of the hijab, but it is now something wider in over 100 cities. The chant in the streets is ‘Death to the regime. Death to the dictator.’”

The attack took place as the Iranian president, Ebrahim Raisi, addressed the nation. He expressed regret over the death of 22-year-old Amini—who died after an encounter with Tehran morality police and quickly became a symbol of resistance to the theocratic state’s regime—but he also accused the protesters of being agents of foreign powers.

Activists speaking to the Guardian on condition of anonymity were reported as saying: “Our confidence is growing. We are not backing down despite the arrests. It is very beautiful. There is a belief that something is going to change this time.”

The US condemned the drone and artillery attacks as brazen. Iran responded that it attacked terrorist bases.

The United Nations on September 28 said there was rising concern about brutality seen in the Iranian security forces’ crackdown on the protests. UN secretary general Antonio Guterres called on Raisi not to use “disproportionate force” against protesters.

Oslo-based human rights group Iran Human Rights said at least 76 people, including women and children and several members of the security forces, have lost their lives in the unrest, though some other groups monitoring the protests said they believed the death toll could be substantially higher. Ascertaining accurate accounts of the protests and the authorities’ response to them has been made more challenging by sweeping internet and social media blackouts introduced across the country. Witnesses frequently refer to streets being turned into "battlefields".

September 28 also brought a warning from Iran’s police that they would confront the protesters “with all their might”.

Following the attack in Iraq, the Iranian ambassador to the country was summoned to the foreign ministry in Baghdad.

Local sources also said the attack was not only targeted at the KDPI, but also at the Free Life Party of Kurdistan, the Komala Party of Iranian Kurdistan and the Kurdistan Freedom Party.