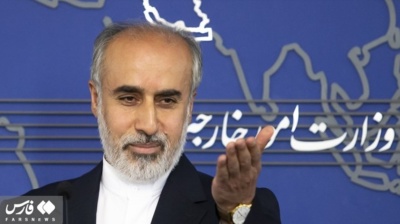 Fresh difficulties in finding a path to reinstate the 2015 nuclear deal between Iran and the world's major powers appear partly related to Tehran’s confidence that, in the face of the growing energy crisis, the West needs an agreement more than the Islamic Republic does.

Mohammad Marandi, an adviser to Iran’s negotiating team on resurrecting the nuclear deal, or JCPOA, said over the weekend that “Iran won’t accept ambiguities or loopholes in the text [for a return to the JCPOA]. Winter is approaching and the EU is facing a crippling energy crisis”. “Iran will be patient,” he added.

With Russia increasingly squeezing its supplies of gas to Europe in response to Western sanctions imposed in relation to the Ukraine war, and the European Union simultaneously looking for alternative supplies to enable the bloc to abandon Russian oil and gas, the inaccessibility of US-sanctioned Iran’s vast hydrocarbon riches to the EU is frustrating to Western capitals.

At times, Tehran almost seems to be teasing Europe over the dilemma. On September 5, Iranian Foreign Ministry spokesman Nasser Kana'ani said in a press conference that Iran would be able to meet most of Europe’s energy needs if an agreement for a reworked JCPOA could be found. "If the [nuclear deal] talks go well, Iran will be able to supply most of Europe's energy needs," said Kana'ani. "Certainly, Europe needs our capacity in this area."

However, even with a restored JCPOA—which would require Iran to curb its nuclear development programme to ensure it stayed within the civilian sphere, and the US to lift economic sanctions on Tehran in return—matters might not be so simple.

Since the Kremlin’s invasion of Ukraine in late February, ties between Moscow and Tehran amid the backlash from the West have grown stronger. True, longstanding efforts by Russia and Iran to finalise the text for a two-decade strategic cooperation agreement are yet to come to fruition, but it’s clear Vladimir Putin sees Iran as becoming more and more important in his efforts to reorientate the Russian economy east and south.

And that strategy extends to oil and gas. Energy markets are by now, for instance, closely watching how a Russian-Iranian plan to dominate global liquefied natural gas (LNG) supplies, using a hub to be constructed on the Iranian island of Kish, is progressing. Added to that, there are indications that Iran could enter into oil and gas swap arrangements with Moscow that would see Russia supply northern Iranian regions with energy shipments sent over the Caspian Sea and Iran, in return, ship oil and gas from Persian Gulf and Indian Ocean ports.

Thus, the idea that Iran, under its present hardline government, would without fuss provide substantial assistance in solving the energy crisis stemming from the West’s clash with Russia might be for the birds. The geopolitics, nevertheless, remains complex and there are many in Iran who are pushing for Tehran to unmistakably place its own interests first, especially given the increasing number of street demonstrations in Iran over various aspects of economic hardship. What’s more, some tensions appear to have arisen over Russia taking energy supply market share from Iran by stepping up its discounted energy sales to China.

To seal a return to the JCPOA, the key breakthrough would be both Iran and the US giving their blessing to a finalised text. Achieving this is made difficult by the fact that the Iranians and Americans will not negotiate face to face. Instead, indirect negotiations are facilitated by the EU.

In August, the EU submitted a “final draft text” to Tehran and Washington, triggering hopes that a deal was close. But in an indirect exchange on the text at the end of last week, Tehran’s contention that its position was “constructive” was quickly countered by the US state department, which said it was “not constructive”.

The EU’s chief diplomat Josep Borrell stated on September 5 that the efforts to strike a new JCPOA agreement were “in danger”.

In pessimistic remarks, the EU’s High Representative for Foreign and Security Policy said: “The positions are not closer . . . If the process does not converge, then the whole process is in danger.”

”I am sorry to say that I am less confident today than [48] hours ago about the convergence of the negotiation process and the prospect of closing the deal,” he added, also noting: “[W]e started a process of interactions… an interactive process is good if it converges. They were converging to a closer position. But then the last interactions was not converging. It was diverging.”

Borrell also said: “At a certain moment, my responsibility as co-ordinator [of the JCPOA talks] is to say ‘that’s enough, this is the most balanced text I can produce taking into account all views’.”

Iran has rejected the US claim that its latest position on the JCPOA negotiations is negative.

A big difficulty appears to be that Iran is pushing for generous concessions on what compensation and protection it would be entitled to if a successor to US President Joe Biden abandoned the reformulated and relaunched JCPOA and returned to sanctions, as Biden’s predecessor Donald Trump did in May 2018. The rights of Biden to place constraints on a future US president’s approach to the JCPOA are rather limited.