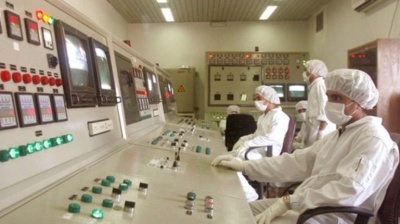 Iran has reportedly amassed a substantial stockpile of uranium enriched to 60%, close to the weapons-grade 90% required for the production of a nuclear bomb.

The volume of uranium has grown large enough for the making of one nuclear weapon—all that is necessary for Iran to cross the threshold into the bomb-making is the extra enrichment, according to a report by the United Nations nuclear watchdog, the International Atomic Energy Authority (IAEA), seen by Reuters on September 8.

"Iran now can produce 25 kg [of uranium] at 90% if they want to," a senior diplomat told the news agency in response to the contents of the report.

Iran would need around three to four weeks to produce enough material for a nuclear bomb if it desired to, the diplomat was also cited as saying, adding that it would take the IAEA two to three days to detect a move in that direction. Iran’s declared policy is that it has no intention of moving beyond its "peaceful" nuclear programme to make a nuclear weapon. And some analysts contend that even if it had sufficient enriched uranium, Iran would still need a year or more to weaponise it into the form of a viable modern nuclear weapon.

Previously, the major powers relied on the 2015 nuclear deal, or JCPOA, to enable monitoring designed to guarantee that Iran kept its nuclear development programme entirely civilian. That arrangement unravelled from May 2018, when then US president Donald Trump unilaterally withdrew the US from the JCPOA, opting instead to try and enforce Washington’s Iran policy with a strategy spearheaded by heavy sanctions.

The current US Biden administration is involved in indirect communication with Iran in an effort at finding a way back to the application of the JCPOA, with the lifting of heavy economic sanctions available to Tehran should it re-enter the nuclear deal. However, the US and Iran are yet to find enough common ground in terms of what a revised JCPOA text should pledge. It is widely expected by now that any agreement will not be possible until after the US mid-term elections in November, with the issue of the nuclear deal likely to prove highly divisive on the campaign trail.

Given the energy crisis related to the Ukraine war and Russia’s squeezing of energy supplies to Europe, there appears to be a growing feeling among Iranian officials that the Europeans need a relaunched JCPOA, which would open the way to a surge of Iranian oil and gas supplies on to world markets, more than Tehran does.

Some Iranian newspapers have this week taken up this theme in a teasing fashion. Government-owned Iran Daily reported how “winter will bring the West to its senses”.

The daily quoted Iran's Petroleum Minister Javad Owji as saying: "This will be a difficult winter for the countries importing energy… Iran is ready to provide parts of European countries' requirement, but they themselves cause torment to their own people."