Iran, US can do nuclear deal without Moscow says Crisis Group director 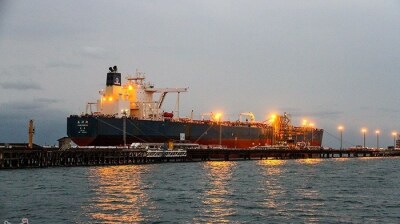 Iran and the US could find a path to reviving the 2015 nuclear deal, or JCPOA, without Russia’s involvement if push comes to shove over the Kremlin’s demand for Washington guarantees that Ukraine invasion sanctions won’t affect Moscow’s business with Iran.

That’s the view of Ali Vaez, director of the Iran Project at the International Crisis Group, who, on March 8, was quoted by Bloomberg as saying: “Russia seems keen to take Iran down with it [in obstructing the JCPOA talks at the last minute]. But if Tehran and Washington really want a deal, they can do it without Moscow. Substituting Russia’s role in the deal is difficult, but not impossible.”

Envoys to the talks in Vienna were hoping that the negotiations would conclude this week, but the Russian gambit has thrown that scenario into doubt.

Iranian Foreign Minister Hossein Amir-Abdollahian said when asked about the Russian position that his country won’t allow any “foreign element” to influence its interests in the nuclear talks. His ministry said it was seeking clarity from Moscow.

Iran and Russia have increasingly become stronger political and economic allies since the US unilaterally abandoned the multilateral nuclear deal and reimposed sanctions on Tehran under Donald Trump in May 2018. The Iranians accused the US of subjecting it to an “economic war”, the same accusation Russia is now levelling at the West over the response to the Ukraine conflict.

One attraction for Iran in relaunching the JCPOA is that it could then freely sell oil on world markets struggling to source supplies following moves made against the flow of Russian oil by the US, UK and others as part of the Ukraine crisis response.

The JCPOA is aimed at verifiably curbing Iran’s nuclear development programme to ensure it remains entirely peaceful. In return, under the deal, heavy sanctions on Tehran are lifted. However, the JCPOA was essentially wrecked when the US left it. The present US administration wants back in if terms can be agreed with Iran and the other remaining nuclear deal signatories, namely France, Germany, the UK, Russia and China.

Blinken on March 9 stated that Russia has a self-interest in preventing Iran from acquiring nuclear arms.

"We continue to work to see if we can come back to mutual compliance with Iran on the deal. Russia continues to be engaged in those efforts and it has its own interest in ensuring that Iran is not able to acquire a nuclear weapon," he said.

OPINION: Russia’s need to circumvent sanctions gives new life to north-south project
Tug of war emerging over what role Iran (and its oil) should play in new world order
Death of China-to-Russia cargo transit routes means it’s all aboard for Kazakhstan