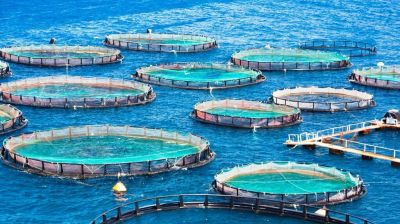 Chabahar is also the setting for a growing aquaculture industry, with its waters, for instance, suitable for shrimp farming
By bne IntelIiNews June 26, 2020

An Afghan bank is set to open a branch in Iran’s Chabahar port Free Trade Zone (FTZ) on the Indian Ocean, IRNA has reported, quoting the Iranian energy minister as hinting at the development while not naming the lender in question.

Chabahar free port, set on the Gulf of Oman, is Iran’s only oceanic port and, importantly, the development of it is not subject to US sanctions with Washington recognising the value of growing trade at the hub to the economic development of conflict-torn and landlocked Afghanistan. Deep-sea access to the Indian Ocean for the nations of Central Asia and growing flows of shipped goods from India, which is investing in developing the port with Iran, are two other aspects of Chabahar increasingly coming into focus. Uzbekistan and Turkmenistan are two Central Asian countries, landlocked like Afghanistan, that have shown clear interest in using the port to access international trade routes.

“Afghanistan is exempt from [US] sanctions, thus Afghan banks are permitted to operate in Chabahar,” energy minister Reza Ardakanian was quoted as saying.

He reportedly added that opening bank branches in Chabahar would pave the way for further trade exchanges between Iran and Afghanistan.

Three Afghan banks are thought to have applied to operate in the FTZ. The smart money is on Ghazanfar Bank of Afghanistan becoming the first to open a branch in the port city.

Impoverished Afghanistan is a major export destination for Iran. It relies on Iran’s large manufacturing base for products and services including fast-moving consumer goods (FMCG) and dairy products.

In November, Uzbekistan and Iran agreed in principle that Chabahar could serve as a port for Uzbek exports passing through to third markets.

Iranian Vice President Eshaq Jahangiri and Uzbek Prime Minister Abdulla Aripov met and announced that their two countries would now push ahead with plans to boost exports of Uzbek goods via rail and road transit routes running to the Iranian coastline.

In a parting shot, Iran imposed sanctions on US President Donald Trump on the eve of the January 20 transfer of the American presidency to Joe Biden. Trump and a number of members of his ... more

Iranian Foreign Minister Mohammad Javad Zarif on January 17 lashed out at claims from French counterpart Jean-Yves Le Drian made in an interview with the Journal du Dimanche that Iran is building up ... more