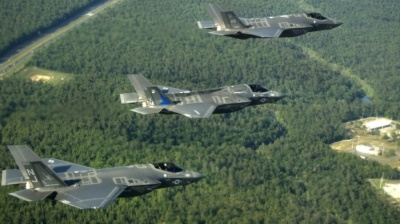 What will Recep Tayyip Erdogan’s price be for removing Turkey’s block on Sweden and Finland joining Nato? That was the question bothering Western diplomats on May 18 as, on the Turkish leader’s instructions, the Turkish Nato ambassador forced the defence alliance of 30 member states to postpone its decision to proceed with the Nordic countries’ applications to join the bloc.

Erdogan is not one to fail to seize a chance opportunity when it comes along and the president—on the ropes at home given a debilitating economic crisis widely seen as of his own making and looking set to worsen in the run-up to the Turkish national elections due by June next year—will look to make political capital by making a principled stand against Stockholm and Helsinki achieving quick Nato accession.

But how principled can it be? Erdogan’s beef is that Sweden and Finland serve as “incubators” for largely Kurdish terrorist-militant groups that for decades have waged an insurgency in Turkey, and between them have refused to extradite dozens of people accused of terrorism by the Turkish authorities. Yet during Erdogan’s two decades as Turkey’s president, his regime has several times been accused of allowing Islamic State financing networks to operate in Turkey under its nose and of working with various terrorist groups in Syria whenever doing so has suited its interests.

“You won’t hand over terrorists but you want to join Nato,” Erdogan declared in a speech to the Turkish parliament on May 18. “We cannot say yes to a security organisation that is devoid of security.”

Knowing diplomats across Europe will have scoffed at such “purer than thou” representations, while US President Joe Biden has never really had much time for Erdogan, having described him as an “autocrat” in early campaigning during his bid for the White House. However, Erdogan’s threat to stop the planned expansion of Nato in the face of Russia’s attempt to brutally dismember Ukraine cannot be dismissed—the acceptance of a new member into the alliance must be approved by every existing member—so the question of Erdogan’s “price” will have to be dealt with.

Ankara had in fact been enjoying an improvement in relations with some Western capitals since Russia’s late February invasion of Ukraine, winning plaudits for attempting to make real progress with Kyiv and Moscow at the negotiating table and for supplying Ukraine with Bayraktar combat drones that have scored some notable battlefield successes against the Russians. However, Turkey has for several years been in hot water with the US and Nato for acquiring from the Kremlin advanced S-400 missile defence systems. The US Congress has run an unofficial boycott on supplying Turkey with major arms, while various embargoes on selling weapons and defence equipment components to the Turks have been enforced by many European countries.

Is this where progress with Erdogan can be made? Biden has run a transactional relationship with his Turkish counterpart since entering the Oval Office in January 2021. Perhaps responding to Erdogan’s Ukraine efforts and aware of the need for Nato to show unity at a time of war in Europe, Biden last week formally requested that Congress approve a sale of upgraded weapons systems, radar and other technical equipment to substantially improve the capabilities of Turkey's fleet of F-16 fighter jets. Perhaps to Erdogan’s irritation, though, he remained silent on Ankara’s request for 40 new F-16s.

Turkey in the first place only requested the F-16s because, as part of Washington’s response to its acquisition of the Russian S-400s, it was barred from receiving scores of the world’s most advanced stealth fighter jet, the F-35. The situation is a big problem for Erdogan. Across the Aegean Sea, regional arch-rival Greece is busy attempting to expedite plans for a modernisation of its own air force with F-35s, having already received Rafale jets from France, and if Erdogan fails to keep up with the Greeks then that is hardly what Turkish voters expect from a “strong leader” inside Nato who is seeking re-election.

Might something of a Swedish and Finnish crackdown on members of the Kurdistan Workers’ Party (PKK) armed militia combined with the US (provided Biden can get his proposals past Capitol Hill) and European states dropping their arms bans on Ankara be enough to persuade Erdogan to give Sweden and Finland the Nato green light?

Europe does seem to be thinking in terms of the price. Luxembourg’s foreign minister Jean Asselborn told German radio station Deutschlandfunk on May 17 that Erdogan was “pushing up the price” for the Nato entry of the Nordic nations. But there are others who think that approach might prove too simplistic.

Aaron Stein, director of the Middle East programme at the Philadelphia-based Foreign Policy Research Institute, told the Financial Times that Western officials had consistently underestimated the gravity of threats made by the Turkish president.

“I think the basic assumption that he [Erdogan] will cave is laughable,” he said. “I honestly don’t know how this will go. I can make the argument that he’ll take something [as a peace offering]... And I can also see him saying, fuck you all.”

ISTANBUL BLOG: Turkey’s central bank zombies in (lack of) action again
ISTANBUL BLOG: With official inflation a hair’s breadth from 70%, Turkey is on the tail of Zimbabwe
ISTANBUL BLOG: Erdogan’s cycles of economic madness now so ‘normal’ nobody utters a word