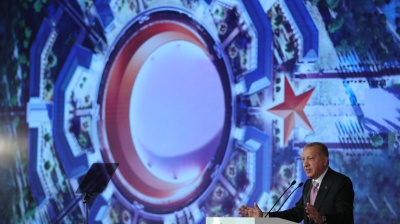 A shouted order to “Get the Pentagon on the phone!” is enough to send an ice-cold tingle down the spine, but “Get the Octagon on the phone!” doesn’t quite have the same ring to it. Indeed, your correspondent has come across at least three Octagon shopping malls in his time, so this is something Turkey’s President Recep Tayyip Erdogan might want to think about having this week dispatched his generals to build his regime’s eight-sided monumental answer to America’s five-sided Department of Defense headquarters.

The Erdogan administration’s chosen name for the complex, Crescent Star, just ain’t going to catch on, especially if, as Erdogan told a rapt audience this week, the enormous building is designed to instill “fear in enemies and trust in allies”. Far too mellow. 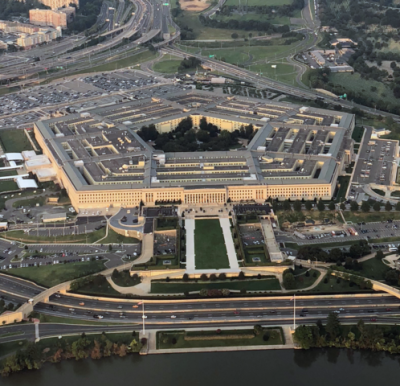 Erdogan is known to get off on giant infrastructure—or at least he believes that you should get off on it—so good news for our resolute friend is that the Octagon (12.6mn square metres, or 135.6mn square feet, by Jove!) should claim a world record, for the Pentagon is the world’s largest office building. 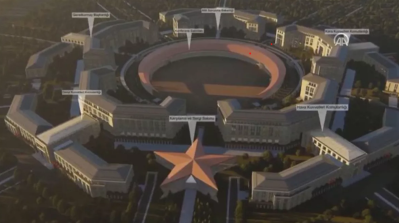 Turkey certainly has enough brass to get this thing done (whether it has enough gold in its present economic mire is another question) and will be filling it with the ministry of defence, the office of the chief of the general staff and the headquarters of all the branches of the Turkish Armed Forces. The deadline, however is a bit tight—the inauguration must take place on the October 29, 2023, centennial of the foundation of the Republic of Turkey and, no, that is not negotiable—so let’s hope we won’t be hearing about the deaths of scores of construction workers the way we did during the rushed building of Istanbul’s mega airport.

To be constructed near the new headquarters of the National Intelligence Organization (MIT) on a road that runs from Ankara to the central province of Eskisehir, the Octagon, with a crescent-shaped space in the middle, will boast 15,000 defence workers.

“Changing defence needs require all different branches of the army and the ministry to serve under one roof. We extensively discussed it and reached the decision to have a joint centre. We reached the conclusion that we need such a centre, especially at a time of heightened cybersecurity,” Erdogan said at the groundbreaking ceremony.

Working from home was clearly not an option.