ISTANBUL BLOG: Why for the world’s most expensive iPhone 13s it's Erdogan’s Turkey and Bolsonaro’s Brazil 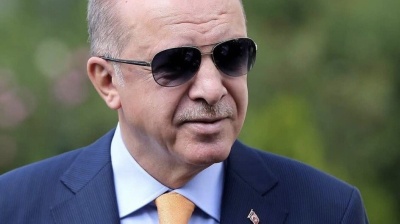 The phones, recently launched by Apple Inc (Nasdaq/APPL), are significantly more pricey in Turkey than anywhere else, according to media reports.

The phones on sale are identical, with taxes the only reason for the stark price disparity. Turkey, led by President Recep Tayyip Erdogan for nearly 19 years, is among the most ambitious countries in the world when it comes to collecting indirect taxes.

Indirect taxes are perfect tools for ensuring injustice as the richest and the poorest pay exactly the same when they buy something.

In January-August this year, Erdogan’s government collected Turkish lira (TRY) 713bn ($81bn) in taxes, equivalent to 82% of its overall revenues.

Only 37% of the tax revenues, or TRY267bn, came from direct taxes, which are directly taken from the income of real and legal persons (companies and so forth). The remaining 63% was gathered from indirect taxes.

Based on the iPhone 13 ranking, it seems that Brazil, led by Erdogan’s South American pal dictator Jair Bolsonaro, is also not so bad at bagging indirect taxes.

Brazil ranks second again in both categories, while India, led by the Indian version of Erdogan and Bolsonaro, namely Narendra Modi, takes third place in these categories.

Unfortunately, Turkey must tip its hat to Brazil in sales of the most expensive regular iPhone 13 model phones. The iPhone 13 sells in Brazil at $1,446.57. Turkey takes its sorry second place at $1,419.90.

Across the regions covered by bne IntelliNews, Viktor Orban's Hungary and Vladimir Putin's Russia are riding high while the Czech Republic is middling. The UAE is far behind.

Turkey, meanwhile, is also world leader in the number of required days worked needed to buy an iPhone. The country's minimum wage, which is the income earned by around 40% of the labour force, is heading to as low as $300 per month again following the latest Turkish lira depreciation.

In the bne IntelliNews regions, Montenegro, Russia, Hungary, Slovakia, Latvia and Poland are all 'top league', with more than 25 days worked required to buy an iPhone. The UAE is out of the running but Slovenia, Estonia, the Czech Republic and Lithuania are candidates for promotion.

Given pitiful wages, a Turkish worker on average needs to work 93 days to buy an iPhone 13, a Philippine worker 90 days and a Brazilian worker 79 days.

And a Swiss worker? Four.

Turkey is also good at levying vehicle taxes. A common joke that does the rounds suggests that a Turk buys two cars for Erdogan when they buy one for themself.

It is not easy having a ‘world leader’ president. To add to the taxpayers’ burden, Erdogan is dead against saving any money from the expense of maintaining his immense reputation. He travels around with at least three aircraft, a few helicopters and a few hundred vehicles. The Turks shall work harder.