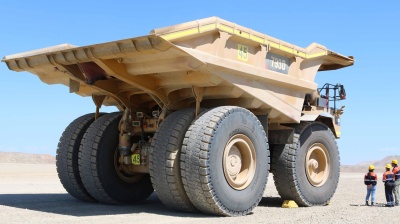 Developing a copper mine is a huge undertaking. / KAZ Minerals.
By Aida Kadyrzhanova in Almaty September 7, 2022

The electric vehicle revolution has transformed the copper business—demand for copper is expected to soar in coming years as the metal is sorely needed for use in batteries and charging stations. And that comes on top of the digitisation of the global economy, with computers and chips being put into everything down to the humble fridge.

Currently there is a surplus of copper in the world, but that will change in the coming years. Analysts are reckoning with a deficit. Eyes are thus turning to Kazakhstan, which has some of the few large untapped copper deposits in the world.

Copper demand driven by electric vehicle (EV) and other efforts to meet net-zero emissions by 2050 will double by 2035 and continue to grow thereafter, concludes a recent study released by S&P Global. Copper-based infrastructure will be needed to support the electrification of economies, the analysis points out.

The world, it is clear, will need new mines to supply the copper necessary for the renewable energy transition, in addition to a huge increase in the recycling of recovered copper. S&P Global estimates that demand for refined copper will almost double from just over 25mn tonnes in 2021 to nearly 49m tonnes in 2035.

The good news is that the Earth is relatively well endowed with copper resources. And copper production is a particularly bright spot in Kazakhstan right now, given aggressive expansion plans of the country's leading copper producer London Stock Exchange-listed Kazakhmys. Kazakhstan has huge reserves of copper ore and ranks seventh in the world in terms of copper production, 92% of which is exported abroad. The main industrial types of ores mined in the Central Asian nation are cuprous sandstones (71%) and porphyry copper (24%). The largest deposit of cuprous sandstones is found in Zhezkazgan.

In October 2014, Kazakhmys PLC was divided into the private Kazakhmys Corporation LLP and the public KAZ Minerals entities.

As a pure-play copper producer with a portfolio of low-cost, long-life assets and a track record of delivering world class copper projects, KAZ Minerals is well positioned to take advantage of continued growth in the demand for copper.

The company increased its copper production by 20% in the first half of 2022 as it continued to benefit from the world class ramp-up of the second sulphide concentrator at Aktogay. 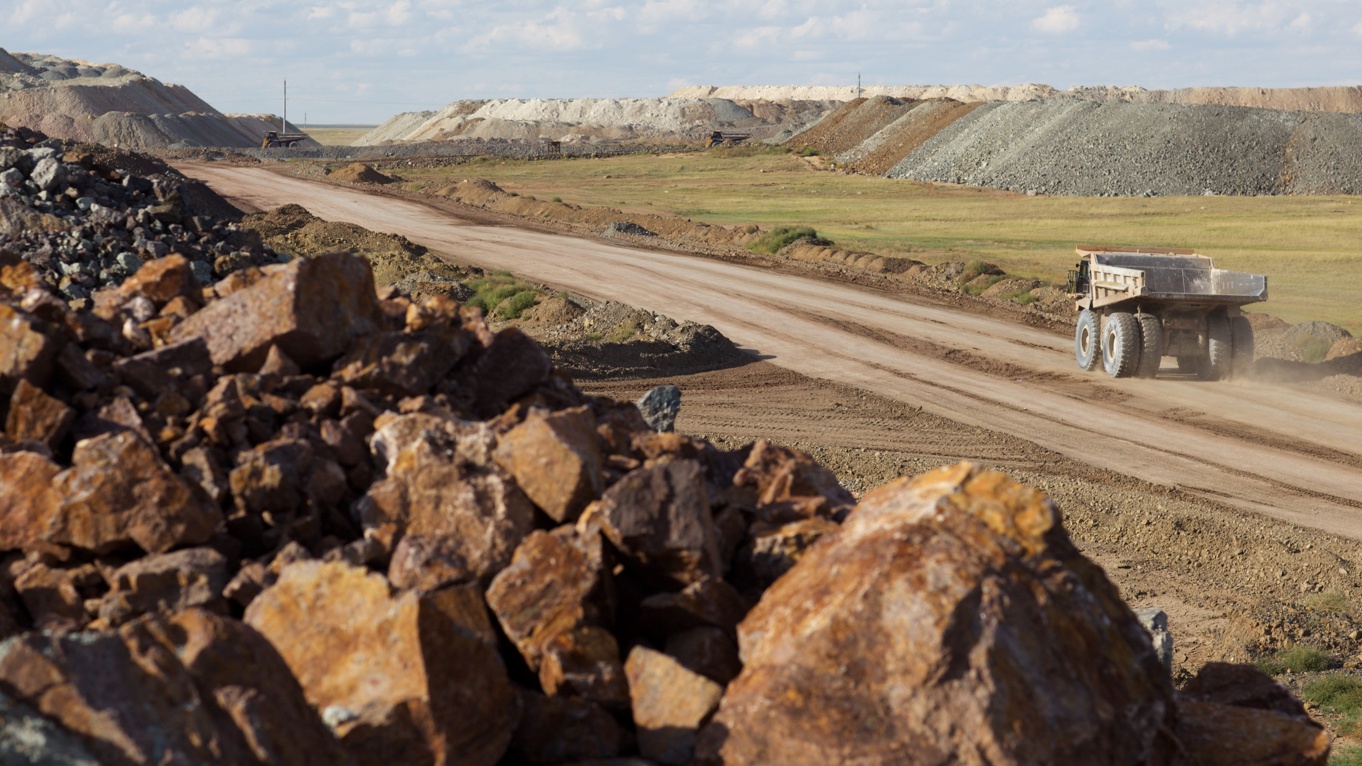 The Bozshakol open pit copper mine will be operated for another 22 years under current plans (Credit: KAZ Minerals).

KAZ Minerals operates the Aktogay and Bozshakol open pit copper mines in the East and Pavlodar regions of Kazakhstan, three underground mines and associated concentrators in the East Region and the Bozymchak copper-gold mine in Kyrgyzstan. All together, they produced an estimated 281,000 tonnes of copper in 2020 and will be operated until 2044 under current plans.

Last year, Kaz Minerals moved beyond its traditional stamping ground in Central Asia with the $900mn acquisition of the undeveloped Baimskaya mine in Russia’s Far East. The move surprised shareholders, leading to a sell-off in the stock.

Currently nothing more than a frozen waste in Russia’s interior, the mine’s development is set to cost $7bn and will take seven years to bring to full operation. KAZ Minerals has referred to the mine as one of the world’s biggest undeveloped copper assets.

As bne IntelliNews has reported, ground has been broken on the deposit, which is difficult to get to as it is in a remote part of Siberia and set in awkward hilly geography where temperatures fall into the minus-50s in the winter, making it one of the hardest deposits in the world to develop.

Copper is also needed in particularly great quantities for transformers as well as for underground and underwater lines. Global investments in power transmission and distribution are expected to reach $750bn by 2040.

In a recent report entitled Pathways to Net-Zero Greenhouse Gas Emissions by 2050, the United States laid out specific goals to limit global warming to 1.5 degrees Celsius. It plans to reach 50% zero-emission vehicle (ZEV) sales by 2030 and 100% clean electricity by 2035 (including carbon capture and storage).

In order to meet the increasing demand, new mining projects are needed around the world. S&P’s report into copper supply concludes that “substitution and recycling will not be enough to meet the demands of electric vehicles (EVs), power infrastructure and renewable generation. Unless massive new supply comes online in a timely way, the goal of net-zero emissions by 2050 will be short-circuited and remain out of reach.” Copper extraction need not be hugely damaging to the environment. Indeed, mines in Kazakhstan are already beginning to embrace greener methods to minimise their carbon emissions.

KAZ Minerals' energy efficiency, measured as energy use per tonne of ore processed, remained at historically low levels in 2020. The main drivers of the energy efficiency of the new assets are the use of large-scale processing facilities and the modern grinding and flotation technology employed in the concentrators.

The company’s CO2 intensity by revenue in 2020, as measured by the Carbon Disclosure Project (tonnes of CO2 per $1mn of revenue), was 3% lower y/y as revenues increased by 4%, whilst total CO2 emissions increased by 1%. The enterprise says reductions in CO2 intensity have been achieved through the transition to modern open pit mining.

Kazakhstan, where the majority of the firm’s assets are located, is committed to increasing electricity generation from renewable sources as part of its national development strategy, with a target of 10% of power generation by 2030 and 50% by 2050.

Moreover, copper ore deposits often contain other minerals which will be important in the energy transition, such as cobalt, molybdenum and nickel, all of which can be obtained as by-products of copper mining.

The mines in Kazakhstan generally contain sulphide ores and by-products that vary in quantities and proportions between deposits. The main by-products are zinc, silver, gold and molybdenum. Each step in the copper process focuses on removing increasing amounts of unwanted materials, turning ore into concentrate and then finished metals.

There is no “silver bullet” when it comes to solving the shortage of copper mining. But the dearth of copper output can be partially alleviated by securing enough go-ahead projects to increase copper mining in countries where it is abundant, like Kazakhstan.