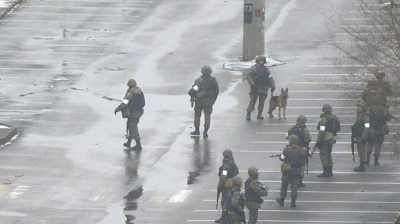 On the evening of January 5, hours after Almaty’s central Republic Square and multiple nearby government buildings were being consumed in chaos triggered by anti-government protests, officials said the city’s airport was being seized.

Airport representatives described a crowd of 45 people assaulting the terminal building. Video footage released into the public domain showed people in medical masks, some of them carrying sticks, listlessly parading through the airport and shouting. The damage they allegedly caused ultimately proved to be light: some shattered windows and looted stores.

But when President Kassym-Jomart Tokayev would go on to discuss this development, he cast it in the gravest terms. The airport was targeted in that way, he said, “to ensure the passage of citizens arriving from another Central Asian city.”

“They were trained militants who were being flown here under the guise of being migrant labourers. They were led through passport control desks, released into the city and then put in charge of the operation,” he said in an interview in late January, apparently alluding to an alleged plot to overthrow the government.

Eight months later, the picture looks less dramatic. It is not known if any of Tokayev’s trained militants are in custody, but law enforcement authorities are charging Aigerim Tleuzhanova, a journalist, civil activist and professional translator, as one of the suspects in the purported capture of the airport. 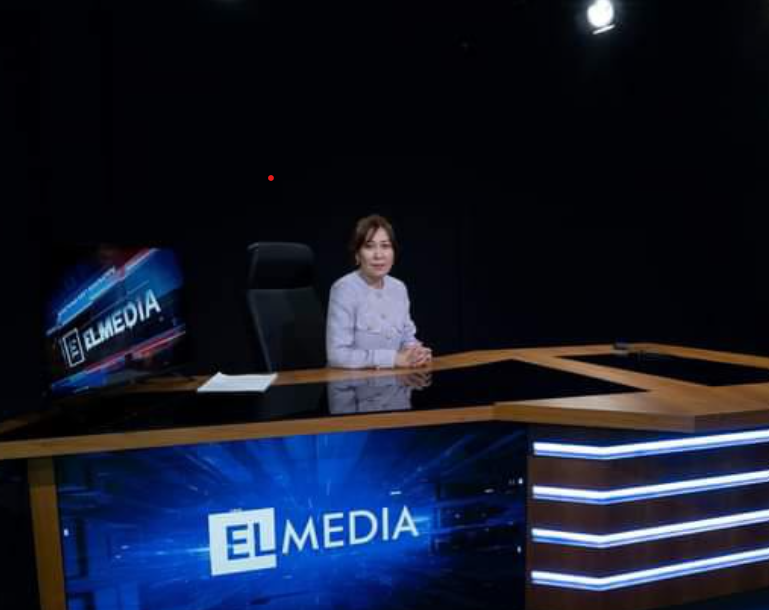 Another suspect is Kalas Nurpeisov, a former school history teacher.

According to an indictment obtained by Eurasianet, Tleuzhanova, who was being questioned only as a witness until October, was directly responsible for “supervising rioters, determining their movements, making demands of airport workers, forcing the suspension of their activities, with the goal of preventing the arrival and departure of aircraft, including an aircraft carrying [Collective Security Treaty Organization, or CSTO] troops.”

Tokayev had appealed to the Moscow-led CSTO alliance on January 5 for assistance restoring public order across Kazakhstan.

The details of the accusations levelled at Nurpeisov are detailed in an arrest warrant obtained by Eurasianet.

Nurpeisov, who is also a civic activist, is said to have entered the airport terminal just before 8 pm, “shouting slogans” and, like Tleuzhanova, engaged in actions intended to stop flights from leaving and arriving. 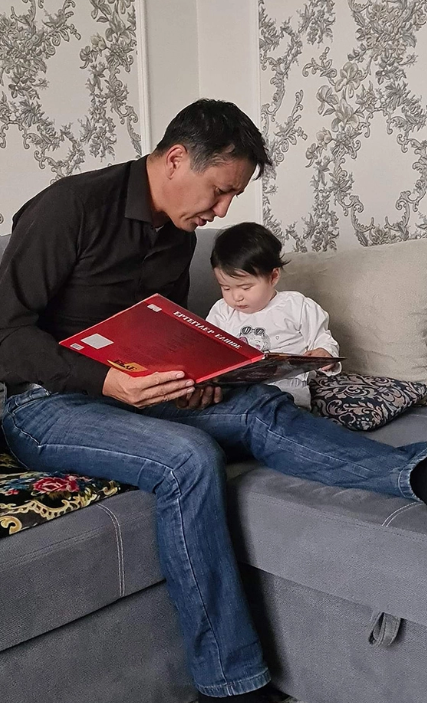 Nurpeisov is currently being held in a pre-trial detention facility, while Tleuzhanova has not yet been placed in custody.

Tleuzhanova and Nurpeisov both admit they were at the airport on that fateful day, but they utterly reject the characterization of their actions as described by investigators.

Tleuzhanova told Eurasianet in an interview that earlier in the day, she, Nurpeisov, and Nurpeisov’s wife and brother-in-law, were all on Republic Square, the site of much of the clashes between police and a motley assortment of demonstrators and rioters. At one stage, they saw a crowd approach the square along Nazarbayev Street, so-called after the former president, Nursultan Nazarbayev, against whom much of the street anger was being directed. Tleuzhanova says they were told by people in this marching crowd that the police and military had pledged to refrain from using force against their own people, but that Russian troops were on the way.

“We asked them where they were going,” Nurpeisov’s wife, Zhanara Kanapiyanova, told Eurasianet. “They said they were going to the airport. At that, [Nurpeisov] offered to join them. He is a historian, a history teacher. He said: ‘This is a historical moment, let’s at least see what will happen.’ He said he assumed there might be looting going on. He said: ‘Let’s try and stop that. Perhaps they will listen to me.’”

Tleuzhanova describes her intentions in a similar light.

“I went to the airport to find out whether the information about the arrival of Russian troops was reliable, and, if there were any provocations, to somehow try to prevent trouble,” Tleuzhanova told Eurasianet. “I now understand that this was unrealistic. I was there for about half an hour and then left."

One detail that appears to lend credence to this chaotic sequence of events was the fact that Tleuzhanova and Nurpeisov were, earlier that very same day, released from jail. They had been placed in a detention facility on January 3 after attempting to join an unauthorised memorial ceremony for Aron Atabek, a dissident poet who had recently died after being released in an emaciated condition from prison, where he had spent 15 years serving a sentence for a crime that he always insisted he had not committed.

Kanapiyanova told Eurasianet that whatever looting happened at the airport – and there is no strong available evidence it was particularly extensive – happened well after her husband was at the terminal.

“We were waiting for Kalas [Nurpeisov] at the entrance for about half an hour. When he was coming out, a second wave appeared. People with clubs and wearing SOBR [Special Rapid Response Unit] bulletproof vests. They came and started smashing everything,” Kanapiyanova said. “We didn’t even have masks on. If we had any malicious intentions, we would probably have prepared, right?”

The fact that people were wearing SOBR equipment is likely the result of mobs earlier in the day raiding police precincts.

Nurpeisov’s lawyer, Abzal Aidarkhanov, concedes his client was in the air traffic control centre and on the runway. But he denies that he was there to threaten anybody.

“He was not calling for terrorist acts or anything like that,” Aidarkhanov said.

Rather than fitting the description of the militants and terrorists that Tokayev talked about in the wake of the January unrest, Tleuzhanova and Nurpeisov appear far more similar to the political activists that they say they are.

In 2019, Nurpeisov attended – by chance, claims his wife – a rally in Almaty summoned by Europe-based opposition politician Mukhtar Ablyazov. That got him fired from his job as a teacher and another job he managed to get later.

“After a couple of months, when they found out about his participation in peaceful rallies, they fired him,” Kanapiyanova said.

Tleuzhanova’s dalliance with opposition activism began even earlier. In 2016, she took part in anti-government rallies sparked by land law reforms that many feared could set the stage for the massive selloff of land to foreigners. Her involvement in politics, Tleuzhanova said, stems from her desire to see the country do better.

Human rights campaigner Bakhytzhan Toregozhina has been busy for months studying the events now widely known as Bloody January. She told Eurasianet there is no scrap of evidence supporting the “militant” angle that Tokayev first put forward.

"We have not seen any evidence of the presence of terrorists and members of militant gangs. Based on the data from eyewitnesses and the studies of criminal cases that we are conducting, we do not have any such information. Regarding the airport, we know only one thing: that the airport’s security personnel abandoned the building for some reason,” Toregozhina said.