Two separate investigations by Germany's Frankfurter Allgemeine and the BBC have produced evidence that opposition demonstrators on Kyiv's Maidan fired on police on February 21, 2014, in the run-up to an ensuing police massacre. The two accounts help explain the events that culminated with the flight into exile of Ukraine's pro-Russian president Viktor Yanukovych hours later.

In the early hours of February 20, 2014, Ukrainian security forces successfully used three riot-control vehicles fitted with water cannons – newly acquired from Russia – to drive protestors back down from the steep hill leading up to the government district and onto Independence Square (known as Maidan) itself. Towards morning, police and interior ministry troops came in behind the riot-control vehicles to take up positions on the square itself, for the first time since the start of the opposition protest camp in early December 2013.

Apparently concerned to avoid any scenes of violence that might trigger sanctions against the government, as threatened by the EU, the riot police and interior ministry troops used Western methods of crowd control – moving in behind the water cannons, linking arms and using their massed weight to start dividing up the protest camp crowd – which at the start of working day totalled at the most a few thousand.

With the police taking up positions on Maidan itself, and protestors having no answer against the water cannons – except that one of the vehicles was reportedly disabled by a petrol bomb – it seemed that the protests camp would soon be dispersed.

Then something happened that seemed at the time to the protestors to be a miracle – the police abruptly pulled back from the square and disappeared back up the hill on Institutksa, towards the government district.

Seeing the police retreat, scores of protestors – with their trademark improvised riot shields, miners' helmets, petrol bombs and sticks – rushed up the hill after them, intending to re-erect barricades further up Institutska road.

It was then that the security forces started shooting, killing scores of protestors in the following hours, in harrowing scenes that then flashed round the world on YouTube.

Why did the police pull back so suddenly, snatching defeat from the jaws of victory? And why, having refrained throughout the night from using even truncheons against protestors, did security forces suddenly open live fire on protestors?

In the year of chaos that has followed Yanukoych's departure, which has since led to a global security crisis, these questions have remained largely unanswered.

Now two accounts have come to largely the same conclusion: the police, having moved onto Maidan. and apparently gaining the upper hand against the protest camp, pulled back abruptly because they were fired upon by armed groups within the protest camp.

The two reports suggest that the protest camp on the Maidan did have an armed wing of riflemen, based in the Kyiv Conservatory, who fired on police at the moment on February 20 when it seemed that they might succeed in dispersing the camp. Suffering casualties, police pulled back up the hill abruptly, unarmed protestors spontaneously rushed after them intending to re-erect barricades, and it was then that police opened mass fire.

BBC reporters have now talked to a man who claims he was equipped with a high-velocity hunting rifle as a member of an armed Maidan unit housed in the Conservatory. That Conservatory directly overlooks the part of the Maidan where the water cannon-mounted vehicles had entered from Institutska.

The man called Sergei tells the BBC that his unit started firing on police in the morning of February 20. “I was shooting downwards at their feet," Sergei claimed. "Of course, I could have hit them in the arm or anywhere. But I didn't shoot to kill."

The BBC quoted pro-Europe MP and former journalist Andriy Shevchenko as saying that a police chief in charge of officers on Institutska called him frantically to inform that his men were under fire from the Conservatory, and that casualties were mounting. The BBC also identified a Ukrainian photographer who saw and photographed armed men in the Conservatory at the time.

The man apparently in charge of the riflemen in the Conservatory was 27-year-old Volodymyr Parasyuk – today an MP, but at that time simply leader of one of the 'Hundred' units, responsible for the defence of the city centre protest camp. 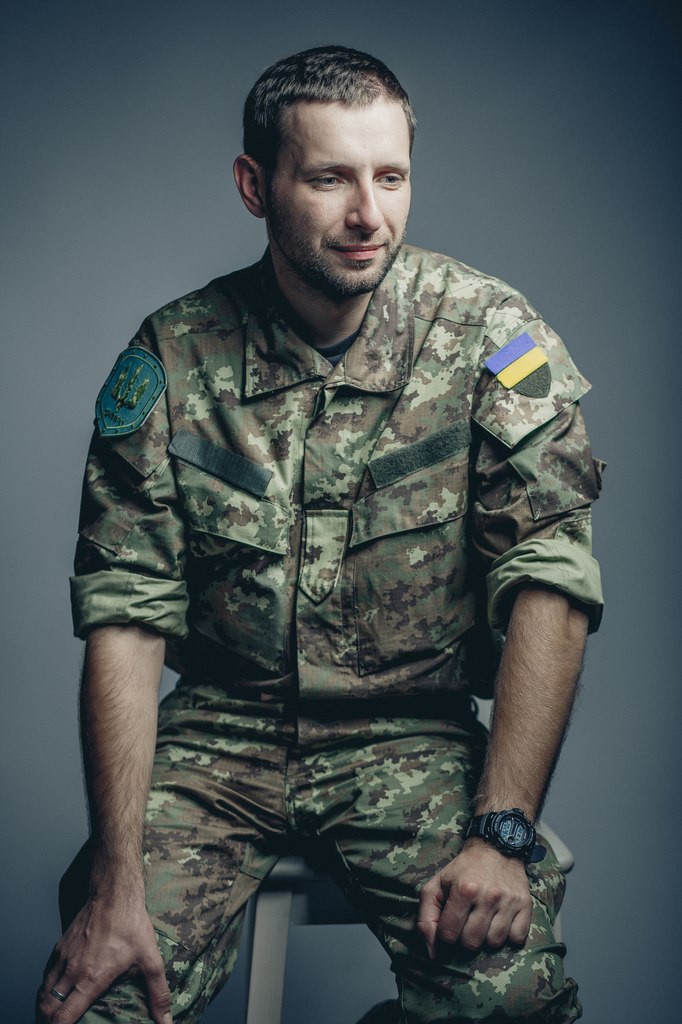 In an interview with Germany's establishment newspaper Frankfurter Allgemeine Zeitung (FAZ), published on February 9, Parasyuk said many in his group were armed. “A lot of lads came to us then, who said we should take up arms and attack… Many had guns with them, often hunting rifles,” he was quoted as saying.

Parasyuk confirmed to FAZ that his men fired on the police, saying that this was in response to initial police fire. The police started firing over the barricades, and the protestors “defended themselves using their guns,” Pararsyuk said.

Initial records of police casualties for that week show that three policemen died between 9.30am and 10.30am on February 20 from injuries sustained on Institutska. “As the first men [from the riot police] were injured, everyone stormed forwards. Everyone who was on the barricades stormed up the Institutska Street... Our boys used their weapons only once,” Parasyuk said, “as they were storming [up the hill].”

According to Parasyuk, as quoted by FAZ, this was the moment that police marksmen opened fire. “They started to provide covering fire for the retreating [police units]” Parasyuk said.

According to FAZ, “The perpetrators, whoever they were, may initially have been in a sort of defensive position, but then exceeded everything that could be regarded as justified in this position. Self-defence turned into cold, indiscriminate killing,” FAZ reports.

A source staying in the Ukraina hotel overlooking the Maidan and Institutska also told bne IntelliNews of an opposition rifleman demanding entry to guest rooms and then firing from the window.

Parasyuk's role in the events of February 20, 2014 has largely remained unknown until now. It was only the following day, on February 21 that he made his name with a dramatic public debut.

The government and opposition had reached an EU-negotiated power-sharing deal at around 1:00pm on February 21, 2014 that envisaged Yanukovych remaining in power until elections towards the end of 2015. At an emotional opposition rally on the Maidan on the evening of February 21 to commemorate the slain, the then-unknown Parasyuk seized the microphone to fiercely denounce the deal and the parliamentary opposition that had signed it. Parasyuk told Yanukovych that if he did not resign by 10:00am the next day, his armed men would come and storm the presidential residence.

The crowd cheered this intervention, and Parasyuk has since been given credit for prompting Yanukovych's flight from his residence that same night, paving the way for the pro-EU opposition to come to power.

Parasyuk in his first press interview, given to Ukrainskaya Pravda on February 24, three days after his dramatic intervention from the stage of the Maidan, made no mention of any use of firearms during the protests. But asked why he wore army fatigues, he said he had had paramilitary training with a range of nationalist groups in his native West Ukraine. He also said that it was his group, numbering around 50, that were occupying the Conservatory.

Parasyuk's alleged connection to a smallish armed wing of the protest camp may explain one of the biggest riddles about Ukraine's February 2014 revolution: Why did Yanukovych quit power so quickly after winning a deal that secured it?

One factor may have been the direct physical threat to Yanukovych from an apparent armed wing of the protesters not under control of the parliamentary opposition. This may have scared Yanukovych so badly because, in the afternoon of February 21, all security forces pulled out of the centre of Kyiv, as well as from Yanuokovych's Mezhyhirya estate outside Kyiv, as part of the political deal. Suddenly roles were switched: Yanukovych was left almost entirely without security, while the Maidan camp remained intact and had shown that it could shoot.

By 4:00pm on February 21, a bne IntelliNews reporter walked right up Institutskaya – where shots had still rung out in the morning – to the building of the presidential administration, and knocked on the door. One unarmed guard stood nonchalantly outside, where only hours before hundreds of special forces and interior ministry troops had thronged. Municipal workers were already clearing away the rubbish they had left.

Given Parasyuk's alleged connection to an armed group, and that Yanukovych had been stripped of his security, Parasyuk's threat may have sounded very real to Yanukovych.

Yanukovych fled by helicopter under cover of darkness to East Ukraine, and thence to Russia. This was an astonishing political turnaround, considering that police appeared to have won the upper hand over protestors on the previous day.

Parasyuk's own career has continued upwards from that point – leading a division of volunteer fighters against Russian-backed rebels in East Ukraine, before entering parliament as an independent MP for his native Lviv region in elections on October 25, where he has continued to be a thorn in the side of the establishment in parliamentary sessions and talk show appearances.

With hindsight, the events of nearly one year ago, on a patch of central Kyiv the size of a soccer field, have not only determined the fate of Europe's largest country, but of the chances for global peace.

Graham Stack in Kyiv - Ukraine's largest lender PrivatBank has survived a stormy week of speculation over its future, but there are larger rocks ahead, with some market participants anticipating the ... more

bne:Chart - Russia begins to steady the ship according to latest Despair Index