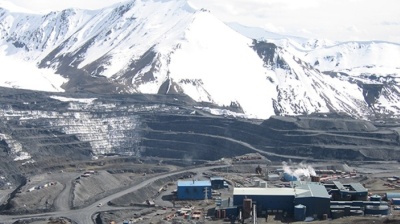 The battle over the rights and wrongs of the Kumtor gold mine seizure affair is heating up.
By Kanat Shaku in Almaty August 12, 2021

Kyrgyzstan has gathered enough evidence to move ahead with the removal of Canada's Centerra Gold from the country’s Kumtor flagship gold mine, the Kyrgyz state security service and prosecutors said on August 11.

Kyrgyz authorities are investigating possible corruption in the deal that gave Toronto-based Centerra control over the country's biggest gold mine along with subsequent amendments to the agreement. The state security service now claims it has established enough facts to press forward with the authorities’ aim of annulling the deal.

Centerra Gold has previously stated that it considers the seizure of the mine as unjustified and illegal, while dismissing Kyrgyzstan’s allegations as false. The company, which has posted a Kumtor “Myth vs. Fact” section on its website, said this week that it has recognised a $926mn loss on the change of the mine’s control. Kumtor was included in Centerra’s discontinued operations.

The Kyrgyz government, which came to power following political upheaval in Kyrgyzstan seen late last year, seized control of Kumtor in May in a move challenged by Centerra Gold via international arbitration. The authorities resurrected several previously settled alleged tax and environmental complaints in relation to Kumtor gold mine prior to the seizure.

Since the seizure of the mine, Centerra’s Kyrgyz subsidiaries have filed for Chapter 11 protection. Centerra has also sued the new external manager of the mine, alleging that while he served as a director, he conspired to steal the asset from the company. Centerra said at the time, the Kumtor Gold Company (KGC) and the Kumtor Operating Company were solvent, with total assets above $1.1bn and no external bank debt.

Reuters quoted Centerra Gold’s spokesperson on August 11 as saying: "While we continue to pursue all measures necessary to protect the company’s rights related to the Kumtor mine, in arbitration and in other legal proceedings, the company has consistently stated that it remains willing and available to engage with the Kyrgyz government in a constructive dialogue on the matters it considers to be the subject of dispute."

The US Bankruptcy Court in late July ruled that the government of Kyrgyzstan was in contempt of court for continuing with its local legal action against KGC.

The tactics deployed by nationalist strongman President Sadyr Japarov to wrestle the mine from Centerra’s hands have been especially aggressive and have shocked foreign investors. So much so that the British government, with a cold eye on the fact that UK-based BlackRock Investment Management holds a 10.6% stake in Centerra, in late May lined up with the Canadians in warning Kyrgyzstan that measures that “negatively impact trade and foreign direct investment will further undermine already fragile economic livelihoods of the Kyrgyz people”.

The International Monetary Fund (IMF) in June called for a “speedy and transparent” resolution to the dispute between Kyrgyzstan and Centerra over the mine.