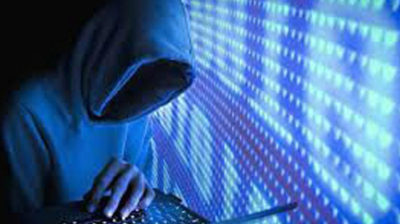 Iranian officials, who have in the past accused Israel and the US of mounting cyberattacks against online infrastructure in the Islamic Republic, said the country remained on high alert for more invasions of its cyberspace.
By bne IntelIiNews October 16, 2020

The electronic infrastructure of Iran’s ports came under cyberattack as two government institutions of the Islamic Republic were this week targeted with large cyber assaults, the semi-official Tasnim news agency reported on October 16.

“Sworn enemies have been trying for some time to carry out cyberattacks,” the news service quoted the Iranian Ports and Maritime Organization as saying. The identity of the other institution said to have been targeted has not been disclosed by officials.

The statement from the ports and maritime body reportedly said that deterrent measures had been taken to prevent an interruption in the “organisations’ missions”, without giving further details.

Following the cyberattacks, several government bodies temporarily shut down internet services as a precaution, Abolghasem Sadeghi, from the government’s Information Technology Organization, told state TV on October 15. He described the attacks as “important and on a large scale” and said they were under investigation.

Iranian officials said the country remained on high alert for online assaults. It has in the past said that the US, Israel and other foreign states have mounted such attacks against Iran.

US officials said in October last year that the US carried out a cyberattack on Iran after drone strikes on Saudi oil facilities, which Washington and Riyadh blamed on Tehran. Iran denied involvement in the drone attacks, which were claimed by Yemen’s Iran-aligned Houthi movement.

The US and other Western powers have also accused Iran of trying to disrupt and break into their online networks.

The US is also sometimes blamed in Iran for cyberattacks on Iranian news agencies.

Iran’s cyberattack ‘industry’ often hits back at random US government sites in the wake of a cyberattack from abroad or, say analysts, as part of an offensive strategy.

Local journalists in Iran have this week speculated that one of the latest cyberattacks targeted at the country hit the Islamic Republic of Iran Customs Administration (IRICA). Some reports claimed that the country’s main telecoms operator was hit with a distributed denial-of-service (DDOS) attack.

Pressure ahead of November 3

Central Bank of Iran (CBI) governor Abdolnasser Hemmati, meanwhile, this week said that cyberattacks and other pressure on Iran will continue to be cranked up in the run-up to the November 3 US presidential election.

“We must recognise that pressure on Iran will increase in the next three weeks,” he said at a press conference following a Cabinet meeting.

Referring to financial pressure, Hemmati said that US sanctions against Iran were likely to be intensified even further with US President Donald Trump attempting to look tough in the campaigning prior to the presidential vote.

“They have imposed restrictions on our assets. Now tens of billions of dollars of our income are blocked abroad. Even many countries that have good relations with us do not allow Iran to use its funds due to US pressure,” Hemmati said.

“I visited Iraq a few days ago. Fortunately, the trip was successful. I hope that we will use our resources there, which amount to more than $ 5bn,” added Hemmati.