Largest IT deal of the year in Hungary falls through 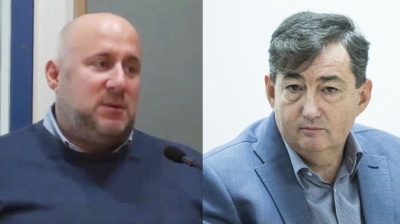 Hungary's 4iG has called off talks over buying the country's leading ICT company T-System, a subsidiary of Deutsche Telekom, it was announced on December 10. The companies announced the preliminary deal in July, when it was deemed to be the largest IT acquisition of the year.

4iG and Magyar Telekom intend to continue exploring cooperation opportunities with the aim of partnering in the field of services sold to the public and enterprise segments. The consortial agreements concluded earlier between the parties remain in effect with unchanged conditions, 4iG said in a short statement.

The news broke after market close, but 4iG shares plunged 10% on Tuesday on rumours of the deal falling through.

Hungary's most powerful oligarch Lorinc Meszaros acquired a majority stake in 4iG in 2018 through his flagship firms Opus and Konzum, which merged recently to become the fifth-largest company on the Budapest bourse.

The company was flooded with state orders, a well-known recipe for success for firms acquired by Meszaros after taking ownership. It became the Budapest Stock Exchange's (BSE's) best-performing stock with a 600% increase. Year-to-date, 4iG shares are up by 120%, despite the recent fall.

In a surprise move, or as local media suggests a direct call from Prime Minister Viktor Orban, Meszaros parted with his stakes in mid-2019 to his right-hand man Gellert Jaszai, the former chairman of Opus and Konzum.

There is only speculation about the outsourcing of IT from Meszaros, Hungary's wealthiest man, who many believe is the proxy for the PM. One such rumour claims that Deutsche Telekom would not sell T-Systems to Opus-Konzum for this very reason. Meszaros had to exit from this business as his company has grown to an unmanageable size.

However, local analysts said the most likely explanation for the deal falling through was that the parties could not agree on the purchase price.

The book value of T-Systems is around ten-times that of 4iG at HUF42bn, documents from the AGM of MTel show. The MTel subsidiary posted  HUF114bn (€337mn) in sales last year compared with 4iG’s HUF14bn. 4IG's HUF100mn profit is dwarfed in comparison to the HUF2bn made by Hungary's leading ICT company.

After the companies agreed on the head of terms in July analysts said that the acquisition would lead to an expansion in state orders thanks to its connections. A new government body in charge of the purchase of IT services and equipment has been set up.

3D Bioprinting Solutions, a resident of the Skolkovo Foundation Biomedical Cluster, has tied up with KFC bio-print chick nuggets