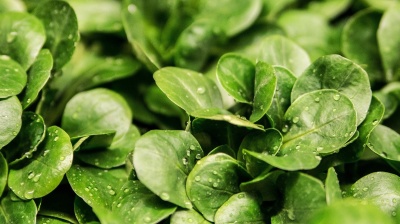 One of the largest vertical farms in Europe is currently being developed in Lithuania, with the capacity to produce around 1,000 kilograms of leafy greens a day. Leafood’s business has already attracted over €6mn in investment, and more is expected over the summer.

Investments into vertical farms — where plants are grown indoors in layers — are increasing as a means to grow more food in smaller spaces, and cut water use, as well as reducing the need for fertilisers and pesticides.

The farm is being developed in partnership with Taiwan’s YesHealth Group, which announced earlier this year that the initial footprint of the indoor vertical farm is 4,000m², within a 7,150m² space. 30,000 LED panels will be installed to replace sunlight within the vertical farm, which will be entirely powered by renewable energy sources such as wind and solar.

Valentinas Civinskas, CEO of Leafood, told LRT.lt, the website of Lithuanian national broadcaster LRT, this technology will allow Lithuanians to enjoy fresh quality produce all year round. At first, the farm will grow various types of lettuce and herbs but is also planning to include berries and vegetables in the future.

When he lived in Denmark, Civinskas said he noticed that supermarkets lack local produce. The same is the case in Lithuania. This prompted him to create a vertical farm in Vilnius, where outdoor conditions will be recreated indoors. The technology will also create day and night conditions for the plants.

“There is this patented technology. Imagine a rack – a part of it will be in daylight (created by fluorescent lamps) for 12 hours, and then the rack will move to the other side, and it will be night,” Civinskas explained as reported by LRT.lt on July 18.

“Different fans will simulate the wind, the outdoor environment. In this way, there will be no seasonality. Looking at what is happening now with climate change, it encourages us to look for new, sustainable solutions, and we hope that with this project, we will be able to provide the people of Lithuania with production every day, all year round,” he added.

In the vertical farm, most of the processes will be automated, so the consumer will be the first to touch the lettuce.

“Our lettuce will not be physically touched by hand on the farm. The process from planting to harvesting will be automated. Also, the lettuce will not need to be washed, so it will remain fresh longer,” the CEO of Leafood said.

According to him, it is unlikely that vertical farms will replace regular ones, but there is plenty of space for growth: “In five or ten years, we will definitely be growing berries and all other vegetables.”

Earlier this year, Leafood secured $6.75mn (€6.45mn) in seed funding, with most of the money being used to fund its partnership with YesHealth Group to build and operate a network of indoor vertical farms in Lithuania and the greater Baltic region, as announced by YesHealth Group

Civinskas told LRT.lt that while the vertical farming equipment is expensive, he expects payback in around 10 years.

“It can take up to ten years for a business to pay back. Of course, it depends very much on the energy prices. These days, they are very high. We hope that things will stabilise, and we will get back on track,” he said.

The vertical farm in Lithuania was established during the pandemic, which is “the worst scenario”, according to Civinskas. The business is looking for sustainable and cheaper energy solutions, such as generating electricity with solar panels.

The farm’s produce will be destined exclusively for Lithuanian consumers.

Among the other major vertical farms in Europe are Nordic Harvest’s farm near Copenhagen Markets, Northern Europe's largest wholesale food market. The company is in the process of expanding production to over 7,000 sqm and to a height of 14 storeys.