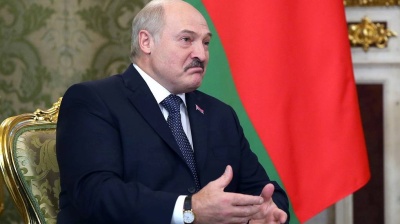 Despite what the Belarusian regime has said, the West regards it as an aggressor in the Russian invasion of Ukraine, and it has therefore been sanctioned by the West alongside Russia. The US, Canada, the EU and even Japan have all announced sanctions against it, and the effects are clearly visible as products and services are disappearing and prices are soaring.

On February 28, the taxi service Bolt became unavailable in Belarus, H&M announced the closing of its shops on Wednesday, and more and more companies are leaving the country by the hour. The Ministry for Antimonopoly Regulation and Trade has also raised the price of milk by 25% and the price of sugar by 6% in the last week.

The financial sanctions are heavily affecting the country’s banking sector. On March 1, the state-owned bank Belinvestbank’s app was unavailable in App Store, and the Digicert Certifications authority revoked the SSL certificates issued for the now sanctioned BelVEB Bank. As a result of the latter, the BelVEB’s internet bank ceased to work on desktop and mobile platforms; furthermore, its ATM’s dispense only BYN5 bills up to a limit of BYN200. This week, the EBRD is voting on cutting future finance for Belarus, and the World Bank has stopped all its projects in the country, which cuts out two major foreign investors in much needed infrastructure projects.

The state-owned company JSC Grodno-Azot is considering halting its production, since the war in Ukraine and sanctions against the company make it impossible for it to ship its products.

⚡️EU diplomats approve new sanctions against Belarus. The sanctions will hit several sectors of the Belarusian economy, including timber, steel and potash.

On Tuesday, the EU announced that it is preparing new sectoral sanctions against Belarus, which will hit timber, steel and potash. During January and February this year, Belarus has seen new bilateral sanctions from Lithuania and Estonia on its potash and petroleum sectors. So far, its timber exports (going mostly via Latvia) have been safe and were thought to have been behind a large part of Belarus’ “export miracle” during 2021, but not anymore.

One might think that shipping could be easily resumed if Russia wins the war, but Russia hasn’t conquered all of Ukraine leading up to Odesa, which used to be the main port for these types of products. Instead, Russia has been seen bombing the Berdyansk harbour.

Russians destroy the Berdyansk port at the Azov Sea. pic.twitter.com/EuxDFBavVG

This increases transport risks for probably the larger parts of this year.

If Russia loses the war, there will certainly be no exports for Belarus through Ukrainian territory, and the Russians will have too much work on their hands worrying about sanctions against their own companies to help the Belarusians.

The major Belarusian state-owned companies are therefore facing harsh times. Shutting down production will lead to massive layoffs and rapidly increasing unemployment rates. Lukashenko might be ready to absorb more protesters into his prison industrial complex, but he’s certainly not ready to absorb tens of thousands of new job seekers into the economy.

This will undoubtedly lead to increased discontent with Lukashenko, even among his more traditional followers in the countryside and smaller cities.

In other countries, this kind of discontent can be absorbed and channelled in different ways. In the West, through political pluralism, where more extreme factions gain ground during times of economic hardship. In the Soviet Union, North Korea or China, the country's ideology holds that the country is on an historic mission, and setbacks due to economic warfare are a necessary evil. Whatever happens, the country’s cause is still righteous.

However, no such ideology exists in Belarus. Frankly, Lukashenko is unable to create one, since his whole regime is only built around keeping a bureaucratic machinery and the idea of having “peace and stability” within the country.

Most of the people losing their jobs, seeing their savings dwindle or disappear completely, will hardly blame the West for trying to instigate some war with the peaceful Belarus and Russia since there is very little dehumanisation of the West. Most people understand what kind of regime they live under and understand that it has helped instigate an unjustifiable attack on their neighbouring country, and that there is actually only one person in the country to blame: Lukashenko.

We will have to wait and see what happens, it is too early to say how and where the collective frustration of Belarusians will be directed. Some sort of revolution appears doubtful at the moment, but then again, so did a Russian invasion of Ukraine a couple of weeks ago.

What is the regime doing?

To counter the negative economic effects the price for oil transit has been increased, probably in the hope of earning the regime some extra cash. The export duty rates for nearly all petroleum products were increased by 22% per tonne. Last time Belarus did this was on February 2, when the Ministry for Antimonopoly Regulation and Trade raised it by 7.4%, perhaps in preparation for sanctions.

There is also reason to believe that Belarus’ National Bank (NBRB) has been backing up the currency from the same free fall which has befallen the Russian ruble.

The BYN/dollar ratio fell from 0.37 to 0.32 between February 27 and 28. Since then, it has bounced back up to 0.33 and Prime Minister Roman Golovchenko admitted on March 2 that there “has been a slight increase in demand for foreign currency”. Golovchenko knows that the demand increase is much larger than that, but as with all official communication, the regime officials are very careful.

The not so dramatic fall, and the bounce-back, suggests that Belarus’ national bank has conducted a special operation of its own to defend the Belarusian ruble. Belarus’ foreign currency reserves stand at around $8.5bn, of which it is able to use around $4bn, since the rest is tied up in gold, Special Drawing Rights (SDRs), etc. But these reserves won’t last forever. The NBRB’s website has been down for a few days now, along with other government website, most likely due to revenge hacking from various organisations for the invasion of Ukraine.

Other than that, there is not much the regime can do. Lukashenko is keeping up his war rhetoric, and during a meeting with his security council on Monday, he appeared to show a map with real war plans, which included an invasion of Moldova. Being so stressed that you (perhaps) inadvertedly foil your war plans does not bode well, and it is doubtful that the regime has any long-term strategy to tackle even the new financial problems.

In the end, Lukashenko, who could be dubbed Putin’s new vassal, can’t do much to change the economic situation. We’ll have to wait and see exactly how hard the sanctions will hit, but the NBRB has a long year ahead of it.

On March 1, two control cabinets of the Belarusian railways in the Minsk, Baranovichi and Gomel regions were set on fire. The fires blocked any rail traffic through each section. Former members of the Belarusian security forces have claimed the attack and say that it’s only the beginning of a rail war against Belarus’ government. However, as a result, reinforced police squads were placed around the railway lines and three people have already been arrested, making it increasingly hard to perform such attacks again.

Apart from this, over 800 people have been arrested in Belarus for anti-war protests. While these are the biggest protests since 2020, the Belarusian regime probably feels relatively safe, as it has developed a highly effective security machinery for crushing dissent.

The question in the long run is, who will pay for it? In the short term, Lukashenko can give bonuses to the security forces, buy materials for them and other things without a problem. However, it’s not only Belarusian citizens who will start having to pay heavy premiums on their consumer goods now; the cost for the regime's police state is about to become a lot more expensive.

The economics of herding in Mongolia
22 hours ago
EXPLAINER: how a price cap on Russian oil might work
1 day ago
Russia catches a nasty dose of the Dutch Disease
1 day ago
Sky-high inflation forces more Russians to take out “pay-day” loans
4 days ago
Death of China-to-Russia cargo transit routes means it’s all aboard for Kazakhstan
4 days ago