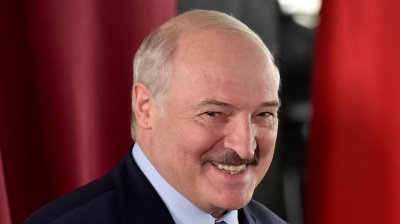 During a meeting with senior government officials on August 11, Belarusian strongman Alexander Lukashenko advised senior officials to punish the government in Vilnius for allegedly seizing Belarusian property in Lithuania.

In the following press conference, Belarus’ PM Roman Golovchenko announced that Belarus was going to work out “countermeasures” in response to the seizing of Belarusian property in Lithuania, Latvia and “other countries.”

While explaining these countermeasures, Golovchenko said that “all the property of both legal entities and individuals of unfriendly states in the Republic of Belarus has been identified and counted,” and at added that “At the very least, mirror steps will follow.”

Although not identified by Lukashenko as an “unfriendly state” Ukraine is one of a number of “other countries” which have seized Belarusian property. Since monetary transactions between Ukraine and Belarus of three or more or less been terminated, the property will be hard to return to Belarus. Ukraine has said that it will use the seized property for the reconstruction of the country.

To make matters worse for Belarus, Ukraine has not only seized cash but also railway wagons made for potash fertilisers, something Belarus badly needs now as it is redirecting its exports towards various Russian harbours.

However, while Ukraine isn’t on the list of Lukashenko’s “unfriendly states,” Ukrainian property is certainly well-known to Belarusian authorities. Moreover, with bilateral economic relations basically terminated, Ukraine has only provided one reason for why it would also break diplomatic contact with Belarus and that would be if Belarusian troops invaded Ukraine.

Thus Belarus could seize even Ukrainian property or in other ways sanction it in retaliation for Ukraine’s seizure of Belarusian property.

Since the Belarusian regime has lost all political legitimacy in the eyes of the EU and become more and more toxic, Minsk understands that it is futile to discuss a lifting of the sanctions against its potash sector.

Minsk is instead exploring every option to circumvent the sanctions. For instance, it has tried making deals with Indian buyers by using sanctioned Russian banks as intermediaries for transactions in rupees and Belarusian rubles, and is currently working with nine Russian ports to ship as little as 2mn tonnes of “goods,” while its annual potash exports alone amount to 11-12mn tonnes.

Minsk has also tried to involve the UN in various ways. In June, Lukashenko tried to get UN Secretary-General Antonio Guterres to propose a deal where Belarusian potash was allowed through EU ports in exchange for Ukrainian grain being allowed to transit Belarus. The deal was immediately discarded by Ukraine, Germany and Lithuania before it had even been properly proposed.

However, Ambrazevich added that Belarus welcomes “real” progress in resolving these issues for Russia, as increasing Russian potash exports will mean an increased demand in Russia also for Belarusian products and thus increase bilateral trade.

As Russian-Belarusian economic interconnectedness has been expected to decrease by 8% this year due to a general downturn in economic activity following Western sanctions, this provides a small insight into one of the Minsk regime’s fears.

Belarus’ heavy economic dependence on Russia has always meant that it was heavily exposed to economic crises and economic shocks stemming from its northern neighbour. Now, as Belarus’ trade with western countries and Ukraine has been severed, Russian import demand is more important than ever.

Russians view Baltic States as a threat
VISEGRAD BLOG: When Eastern European states speak out they are now listened to
No tanks for Ukraine at Ramstein meeting