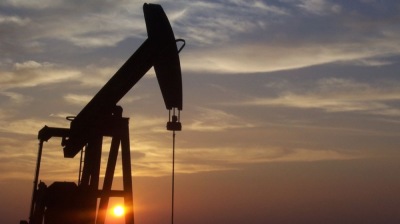 Oil prices are surging and Russia Inc is back in profit, but the Kremlin is continuing to run an austerity budget. What gives? / wiki
By Chris Weafer of Macro-Advisory in Moscow October 19, 2021

That approach appeared to be changing in the aftermath of the start of the sanctions regime and yet another oil price collapse (2014-15). The combination of these external hits forced the government into taking some long talked about, and even longer overdue, measures to protect the economy from external pressures -- the Fiscal (or Budget) Rule being chief amongst them. It aimed to cut the breakeven price of oil in the federal budget from $113 per barrel (p/bbl) in 2013 to $45 p/bbl by 2022 or 2023; an ambition helped largely thanks to the ruble devaluation, although by no means exclusively.

The government was also forced into a long discussion about future growth drivers and what type of economy Russia should have by the end of this decade. From this discussion emerged the National Projects Program (NPP). A near $400bn spending plan, to be spread over thirteen separate economic and social categories, over a five year, later nine years, timeline. And thanks to the Fiscal Rule, the OPEC+ deal and conservative fiscal management, the country could afford to fund a large part of the NPP without reliance on private sector co-investment.

But today, because of the cabinet’s adopting the draft of the 2022-24 federal budget, the optimism that the government had turned 180 degrees to a looser fiscal stance, has been badly dented.

The draft budget is very conservative. It assumes a declining average oil price from $66mp/bbl this year to $55.7 p/bbl in 2024. The budget assumes a surplus in 2022 (1.1% of GDP) and 2023 (0.3% of GDP), as it will have this year (at least 1% of GDP), rather than a deficit to be funded out of the $191bn National Welfare Fund (NWF). This is the fund boosted by the high average oil price in recent years and which was intended as the source of funding for NPPs and other budget spending. The draft budget targets the fund to rise to 10% of GDP, from 7%, and a total value of $323bn by 2024. In other words, sticking with the previous stability first stance and a reduction in the money to be made available for investment.

Building up the NWF from $191bn to $323bn at a time when the economy needs more investment and growth incentives hardly makes a lot of sense. The IMF and other international financial agencies were critical of this policy pre-COVID and stressed the need for investment rather than a bigger financial cushion. Even after the extra COVID support spending last year and this year, Russia’s total national debt is less than 19% of GDP and the draft budget sees this rising to only 20.8% of GDP by 2024. That is the sixth lowest level of national debt in the world.

So, why the change of direction again? There are several factors, which appear to have reinforced President Putin’s well-known debt phobia and his preference for “cash in the bank”.

Sanctions. One can certainly argue that the western sanctions applied to Russia since 2014 have forced many positive changes, both directly and indirectly. The Fiscal Rule and the NPP, even in a reduced version, are in the former category while the boost to domestic economic and export competitiveness from the devalued ruble, is in the latter. But the other side of that coin are the two sanctions that block US investors, and because of the secondary sanctions threat (CAATSA in 2017), EU investors from buying new Russian sovereign debt, whether issued in Eurobonds or rubles. That limits the government’s ability to raise new debt, especially if the budget was in deficit due to another oil price collapse. That would be Putin’s worst nightmare scenario.

Oil. To paraphrase Oscar Wilde, “one oil collapse (2008-09) was unfortunate but a second (2014-15) looks like carelessness”. Both had a major impact on the economy and clearly President Putin does not want to be again in the situation of having to cut social spending or scramble for debt to cover a budget deficit.

Energy transition. While there is a debate over how long the demand for oil will stay strong, with optimists suggesting mid next decade and pessimists suggesting later this decade, there is no real debate over the fact that the age of oil is coming to an end. The Kremlin is now very much awake to that fact and is starting to look at longer-term low oil scenarios. The Finance Ministry recently published a report with scenarios of oil averaging $35 p/bbl by 2030 and averaging $25 per barrel in 2050.

Sticking with the stability first policy suggests that headline growth is more likely to remain in the 2% to 3% range over the next half decade. And that appears to be an acceptable, albeit not perfect, backdrop to political succession, or continuity, in mid-decade.

What does it mean for business in Russia?

The headline number is less relevant in Russia than in developed economies. Sector growth in Russia is much less uniform than elsewhere. It means that the headline growth indicator may be 2% but some areas can show growth in high double digits. We have seen this many times in Russia and will continue to.

Some of these potential high growth sectors include:

Support services such as logistics and fintech.

Healthcare, including pharma. The pandemic showed the effect of years of under-investment in the sector and this now needs to be, and will be, addressed. Indicators from the government show that they plan to make these opportunities available for foreign companies as much as for local investors.

Infrastructure. Infrastructure spending remains a key part of NPPs. Some incentives have been put in place and others, to attract more private sector investment, are expected.

Technology and digitalisation. Spending in these areas did ease back last year and this year but both also remain as key parts of the NPP.

Localization is an evolving but still critical theme. The focus on machinery and equipment making is increasing both for the export market as much as for import substitution.

The environment and climate management areas are starting to gain in importance for investment. Clearly this is a huge topic and one that will need equally huge investment. The government says that the opportunities will also be open for foreign investors, and very likely similarly structured to that established in the so-called strategic sectors.

Agriculture and food processing sectors have already benefited from state support, localisation and climate change. This will continue and more investment opportunities will open, both for export and domestic markets.

Other areas, especially related to social areas, such as housing, and education and training.

What does it mean? The Kremlin’s fear of being caught in another economic crisis, unable to attract enough private sector co-investment and without sufficient financial resources to maintain stability is greater than the concern about under achieving the goals of the NPP. Russia has never been an economy in which to blindly invest, and it will not be in the future. There will continue to be big discrepancies in growth rates and in profitability. The need for both risk and opportunity due-diligence is chapter one in any handbook about investing in Russia. And it always will be.