Mirror, mirror, on the wall, who is the biggest grain exporter of them all? 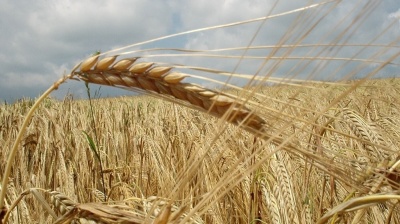 Russia and Ukriane are both due to export about 49mn tonnes of grain this year to become the biggest grain exporters in the world
By bne IntelliNews May 18, 2019

The race is on between Ukraine and Russia for the title of “world’s biggest grain exporter” and the two rivals are running neck and neck.

Agriculture is a key sector for both countries and has become a main source of foreign exchange revenues in recent years – especially for Ukraine. The band of “chernozem”, or black earth, runs through their southern regions that are home to some of most fertile fields in the world. And both countries have invested heavily in the sector.

Ukraine’s Ministry of Agriculture reported that with a few months of the current agricultural marketing year still to go, the country is on course to match last year’s bumper harvest of 70mn tonnes and has already exported 44.4mn tonnes of grain from total export forecasts for this year of 50.4mn tonnes.

That means Ukraine has already exported more grain this year than Russia exported in all of last year. Russia has been the biggest exporter of grain for the last three years in a row thanks to a record set of harvests and crescendoed in 2017 when it produced an all time high harvest of 135mn tonnes – even beating out all Soviet-era records.

Russia now earns more from its grain exports than it does from selling arms and the state has poured money into farming to boost productivity. The Russian agriculture ministry’s official forecast is for a harvest of 118mn tonnes and exports of between 42mn tonnes and 46mn tonnes.

There is a little confusion over the Russian grain forecast as the US Department of Agriculture (USDA) has a slightly lower forecast of 115mn tonnes, but it doesn't include Russia’s newly acquired farmland in the Crimea.

For Ukraine, grain exports are even more important. While Russia is running a record trade surplus, Ukraine's trade deficit reached $1.5bn in January-March, increasing 13% y/y. In the first quarter of 2019, goods exports advanced 7.4% y/y to $12.3bn. Meanwhile, goods imports rose 7.9% y/y to $13.7bn. However, the pain was eased as the agricultural sector remained the major contributor to export growth. In particular, grain exports surged 52% y/y in the first quarter and finished food product exports picked up 18.3% y/y.

It's going to be a very close run race for the crown. Last year Russia exported a total of 43mn tonnes and will lose the title to Ukraine if both countries hit their top targets. However, independent forecasters say the race is a lot closer. Ukragroconsult.com analyst Sergey Feofilov told bne IntelliNews that he thinks Russia will bring in even more than the official forecast and harvest 49mn, but even though Ukraine will miss its official goal, it will still pip Russia to the post with 49.2mn.

But it doesn't really matter who actually wins the race as both countries are earning some $20bn a year from grain exports at a time when both could do with the money.