Moldova, Belarus beat most of the EU in healthiest population ranking 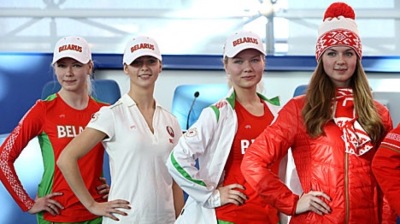 Despite being poor Moldova and Belarus have amongst the healthiest populations in Europe thanks to lots of physical activity and low obesity rates. / Belarus.by
By bne IntelliNews January 6, 2023

Moldova and Belarus rank as having the third and fourth healthiest populations in Europe, well ahead of most EU countries, in a survey produced by SnuffStore that sells smokeless nicotine products.

The ranking is topped by Sweden and Finland that both boast some of the lowest share of smokers in Europe and a very physically active population, leading to life expectancies of 83 years and 82 years respectively.

However, surprisingly Moldova comes in third, despite being the poorest country in Europe (although Ukraine has almost certainly recently overtaken it for this dubious honour) and does especially well as its population is one of the most physically active in Europe.

“Moldova is the third healthiest country; this is due to its low obesity rates, which is the second lowest in Europe. These low levels could be put down to the [very low] percentage of the population that is insufficiently active, which according to the WHO, is the lowest in Europe,” SnuffStore said in a press release.

Likewise, Belarus has a very similar profile and is just behind Moldova for the share of the population that keeps itself fit through physical activity, supported by generous spending on sport by the state.

“Belarus has one of the lowest levels of physical inactivity, and with over 23,000 sports venues (that’s 2.5 for every 1,000 people) it’s clear there to see there is no lack of activity to participate in. They also have five doctors per 1,000 people, which is above average. Belarusians do smoke and drink more than other nations; however, it still has a below-average obesity rate and low levels of depression reported,” SnuffStore reports.

Nevertheless, both Moldova and Belarus have enough bad habits that the life expectancy in both countries are ten years less than the two Scandinavian leaders with 72 years and 73 years respectively. All the other countries in the top ten have life expectancies over 80 years. q

And both nations are heavy smokers compared to the rest of the top ten, with 25.3% of Moldovans addicted to tobacco and an even higher share of 30.5% in Belarus between double and triple most other European countries. From the top ten only Switzerland comes close to comparable levels of smoking where 25.5% of the population smoke.