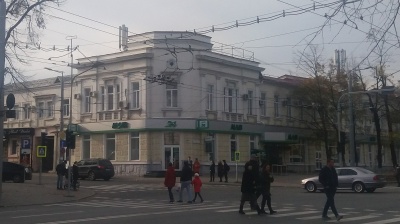 By Iulian Ernst in Bucharest September 5, 2021

Moldova Agroindbank (MAIB), the biggest bank in Moldova with around 30% of the banking system’s total assets, aims to launch an IPO around 2023-24 in London, Amsterdam, Warsaw or Bucharest, according to board member Vasile Tofan quoted by Mold-Street.com.

Commenting on attempts to seek a strategic investor, Tofan said that “unfortunately, we have to understand that the reputation of the Moldovan banking system is still not very good.”

The bank is 41% controlled by the European Bank for Reconstruction and Development (EBRD) in partnership with two investment funds.

The bank is already listed on the Moldovan stock exchange, however, the local bourse lacks liquidity.

Fugitive businessman Veaceslav Platon, one of the bank’s former owners, warns that the move would be risky as long as he still seeks to recover his shares in court.

Platon was stripped of his shares in 2016, as part of a programme to make bank ownership more transparent after the $1bn bank frauds inn Moldova. No bidder showed up for his shares, put up for sale by the state, apparently because of the risks of legal complications.

Eventually, in 2018, the EBRD and two investment funds, Horizon Capital of US and Invalda INVL of Lithuania, sealed the purchase contract through a London-based limited liability company with a €1,000 capitalisation (HEIM Partners).

They will soon be in a good position to exit — and Platon has suggested that is what they envisage — and remove themselves from the risks involved in unfinished or new legal actions initiated by the former owners of the bank including Platon.

Analyst Stanislas Madan of Expert-Grup has said he also believes that the investors envisage an exit via the IPO.

However, given the expected improvement in the judiciary system under the new pro-EU regime in Moldova, such risks as those mentioned by Platon are rather diminishing.

MAIB’s return on equity (ROE) is between 10% and 15%, but board member Tofan said in an interview given to Infotag.md in August the target is 20%. He argues that the cost of capital in Moldova is around 15%.

“This is the current level of banks in Romania,” he says.

In fact, the biggest ROE ratio in the past decade was reached in 2018 before the recession, during the exuberant lending period, and it was 17%. In 2019 before the crisis, the Romanian banking system’s ROE was 14.6%.

“Even the Russian giant Sber has an ROE of about 16%. Tinkoff Bank (Russia), where we were shareholders, 40%, and Kaspi Bank (Kazakhstan) 80%. Currently, MAIB earns less than the cost of capital for Moldova, which is about 15%,” said Vasile Tofan.

US charges Iran operative with plotting to kill former Trump hawk John Bolton
27 minutes ago
Ukraine will receive $5.5bn in support from the US later this month
15 hours ago
John Malkovich to turn Skopje into Hollywood of the Balkans
15 hours ago
Envoy says start made on construction of Turkish attack drone factory in Ukraine
1 day ago
Huge explosion rocks Russian airbase on the Crimean peninsula
1 day ago