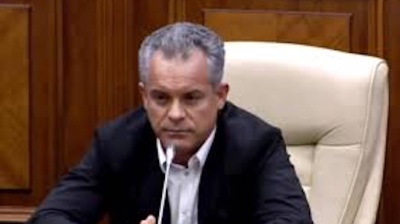 Moldova’s anti-corruption prosecutors have requested preventive arrest for 30 days for oligarch and former politician Vlad Plahotniuc and the issue of a warrant in this regard, after the former head of the Democratic Party failed to show up on October 9 when he was invited by prosecutors for hearings in connection to his involvement in a money laundering case.

Prosecutors are examining Plahotnuic’s activities after the government headed by his Democratic Party lost power earlier this year. The case is connected to the three Moldovan banks, Banca de Economii, Unibank and Banca Sociala, that were liquidated after $1bn bank frauds were revealed in 2014.

Plahotnuic fled Moldova immediately after his party was ousted from power by a new coalition — which said it was committed to "de-oligarchisation of Moldova" — formed by the pro-EU ACUM bloc and the pro-Russian Socialist Party.

The Anticorruption Prosecution Office explains in a statement issued on October 10 that on September 23 prosecutors started investigations on the reasonable suspicion regarding crimes provided by art.243 paragraph (3) letter b) of the Criminal Code, namely the laundering of money in very large volumes.

According to documents consulted by prosecutors, in 2013-2015, Plahotniuc created a criminal scheme with the purpose of converting, transferring, acquiring, owning and using some assets that he knew were derived from illegal sources. With the intention of concealing their illegal source, the suspect set up — through accomplices — several resident and non-resident companies including Longford Partners LTD, Introstyle Solution LTD, Rowallan Overseas SA, Nobil Air LTD, Tukumaan LTD and FINP Invest LTD through which he organised the circulation of money in very large volumes — about $18mn and €3.5mn.

The documents consulted in the case show that the suspect knew that these amounts were obtained from non-performing bank loans granted by Banca de Economii, Unibank and Banca Sociala. The three banks were liquidated after $1bn was revealed to have been siphoned off, with taxpayers ultimately footing the cost.

Also on September 23, in another case, the Anticorruption Prosecution Office ordered the beginning of a criminal prosecution on the basis of the reasonable suspicion of committing the crime provided by art.243 paragraph (3) letter b) of the Criminal Code, namely the laundering of money in very large volumes.