Money continues to flow out of Hungarian investment funds 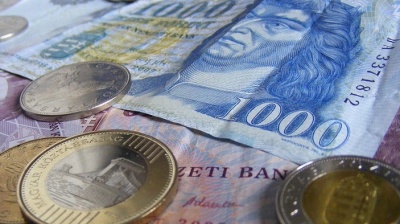 By Levente Szilagyi in Budapest September 17, 2019

Net redemptions came to HUF40bn in August, down from HUF45bn in the previous month and well over the HUF16bn average in the 12 months to August, excluding June.

Net redemptions reached a ten-year high of HUF179bn in June when the new retail government bond was launched.

The Plus bonds, which pay an annualised yield of 4.95% if held for the full five-year maturity, have attracted record demand. Half of the money flowing to the new retail bond came from households redeeming investments, including short-maturity bonds, the stock of which fell by some HUF600bn in the June-August period. Subscription of the new bond reduced cash and deposits by around 10%, or by some HUF400bn in total.

Assets in money market funds plunged 88% to HUF75bn after a restructuring prompted by the application of stricter operating conditions under a European Union directive.

Assets in absolute yield funds declined 18% to HUF844bn, while assets in shares funds were up 5% at HUF416bn.